Leading up to the release of Apogee Issue 09 (next Thursday June 8th!!!) we want to treat you to an advanced preview of this issue’s visual art, curated by our visual arts editor, Legacy Russell. Here’s work by Elise R. Peterson, Clotilde Jiménez, Sadie Barnette, Tschabalala Self, Lawrence Lemaoana, and our cover artist Larry Achiampong. 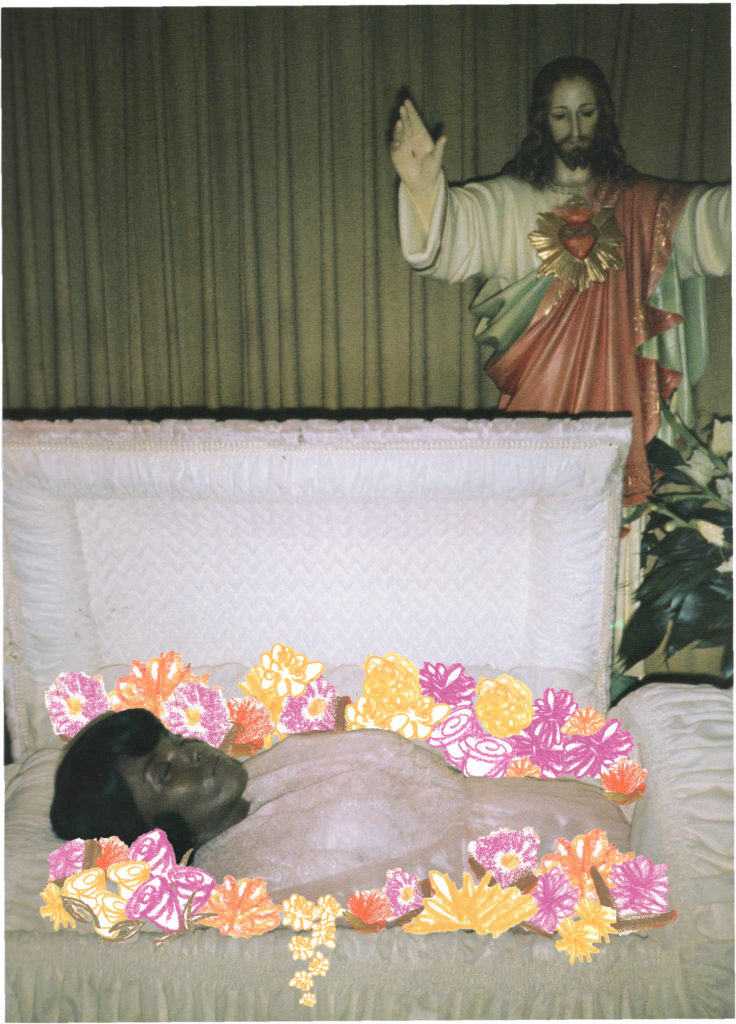 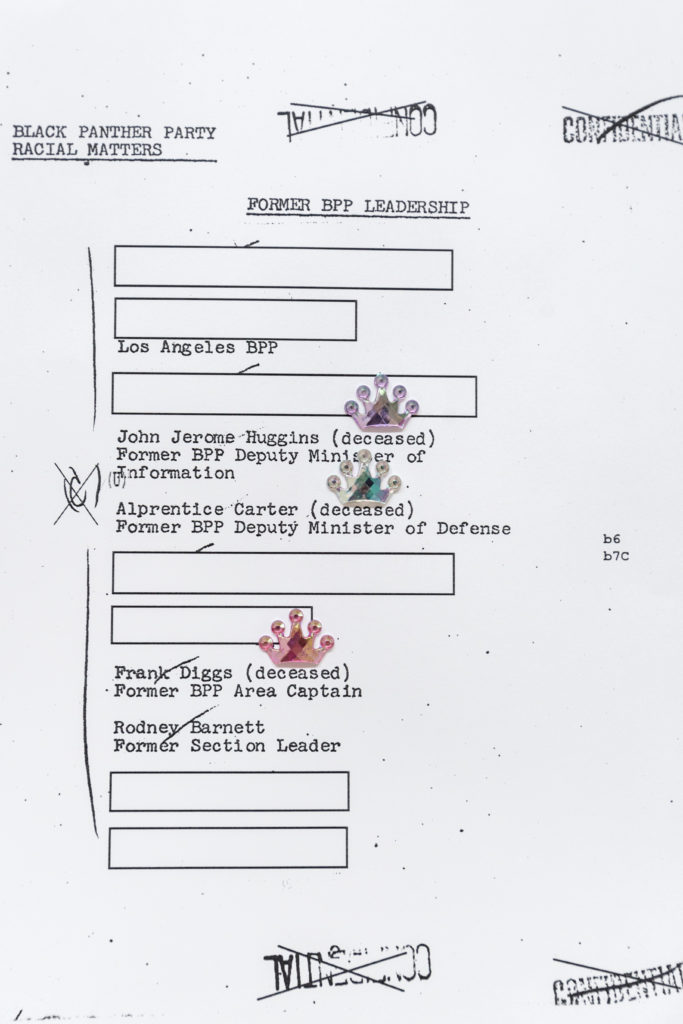 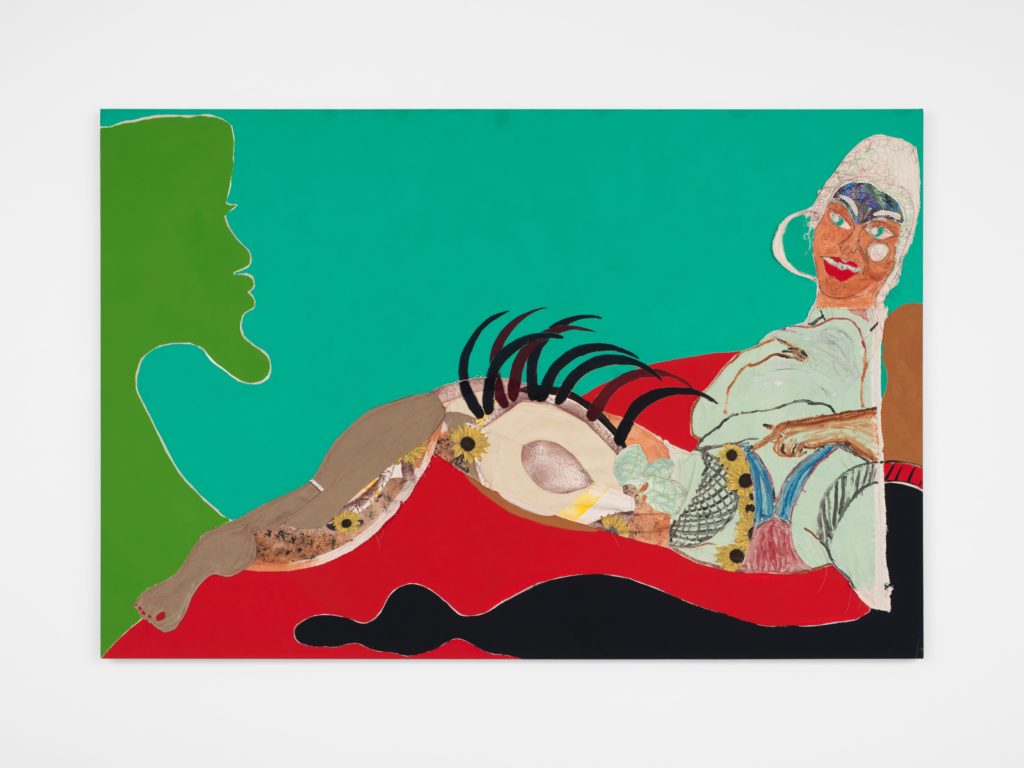 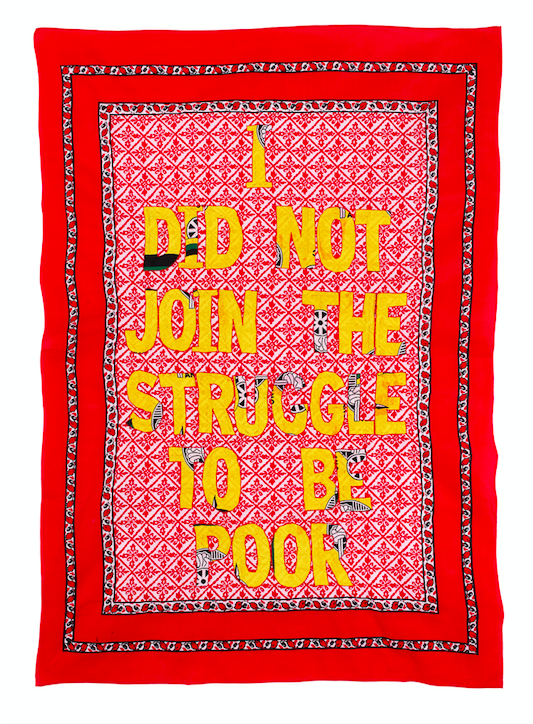 Lawrence Lemaona, I did not join the struggle to be poor, Embroidery on fabric, 2016 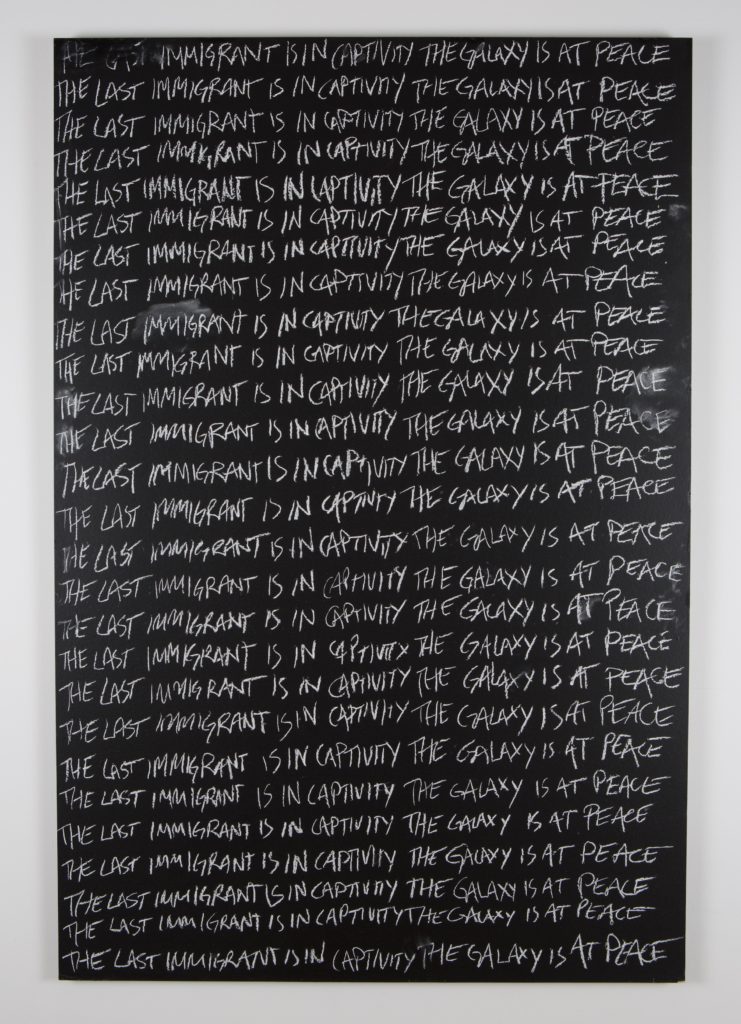 Larry Achiampong, #OPENSEASON (THE LAST IMMIGRANT IS IN CAPTIVITY THE GALAXY IS AT PEACE), 2016 / Chalk, Blackboard Paint & Emulsion on MDF / Photo by Claire Britt

Elise R. Peterson is a visual artist, writer and educator living and working in New York. Her writing has appeared in Adult Mag, PAPER, Elle, Lenny Letter and Nerve among others. Peterson is passionate about storytelling and investigating the nuance of identity, intimacy, and sexuality as it relates to marginalized communities. Comparably, much of her visual work functions within the parameters of existing works to reinterpret and reimagine a more inclusive historical lens. Her most recent multi-disciplinary video collage work utilizes 35mm film, found objects, and recorded conversations to explore the space between evolving technology and cross-generational narratives.

Clotilde Jiménez is currently doing his MFA at the Slade School of Fine Art. In the artist’s words: “My work explores the notions of black, queer male bodies. I’m trying to negotiate my queerness by race-ing homonormative ways of being and examining how I understand black male masculinity. I do this through collage because collage is a way of assembling found ephemera, and it’s a way for me to put together the elements or building blocks of perception that we have. Each disparate part of a person is a collage that comes together and blends to form a person. My aim is to transcribe and reconstruct the fixed idea of the black body within popular culture, where many of us grapple with racial objectification from outside the black community and homophobic ridicule within.”

Sadie Barnette (b. 1984, Oakland, CA) earned her BFA from CalArts and her MFA from the University of California, San Diego. Her work has been exhibited throughout the United States and internationally, including the Studio Museum in Harlem, the California African American Museum, the Oakland Museum of California, the Mistake Room, Charlie James Gallery, Ever Gold Projects, Papillion Gallery, and Goodman Gallery in Johannesburg, South Africa. Barnette has been featured in the New York Times, the Los Angeles Times, the Guardian UK, Artforum, Vogue, Artillery Magazine, the FADER, and SFAQ, among other publications. Her work is in the permanent collections of the Pérez Art Museum in Miami, the California African American Museum, and the Studio Museum in Harlem. In 2017, Barnette will have a solo exhibition at the Manetti Shrem Museum of Art at the University of California at Davis. She lives and works in Oakland, CA, and Compton, CA

Tshabalala Self (b. 1990, New York, New York, based in New York, New York, and New Haven, Connecticut) builds a singular style from the syncretic use of both painting and printmaking to explore ideas about the black female body. The artist constructs exaggerated depictions of female bodies using a combination of sewn, printed, and painted materials, traversing different artistic and craft traditions. The exaggerated biological characteristics of her figures reflect Self’s own experiences and cultural attitudes toward race and gender. “The fantasies and attitudes surrounding the Black female body are both accepted and rejected within my practice, and through this disorientation, new possibilities arise,” Self has said. “I am attempting to provide alternative, and perhaps fictional, explanations for the voyeuristic tendencies towards the gendered and racialized body; a body which is both exalted and abject.”

Lawrence Lemaoana (b. 1982) is a graduate from University of Johannesburg with a National Diploma in Fine Arts (2002-4) and a Fine Art B- Tech Degree (2007). In the artist’s words: “My work was initially started with a very keen interest in the sport of rugby. Rugby, as is in the traditions of South Africa, is predominantly played by white men. My experience was not entirely positive on the rugby field and within its politics. The experience led me to investigate myself as a Black male entering and ‘trespassing’ into a domain that has already been acculturated by white males. This, further, prompted me to investigate in my work the idea of masculinity itself. I use staged, constructed scenes that address ideas of idealism. I create using Photoshop collages that speak of a contemporary African masculinity. I attempt to unseat certainty into things that are certain.” 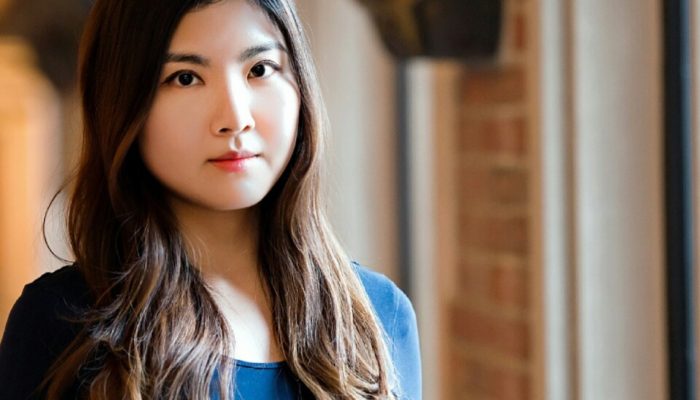