All the Radical Words I’ve Loved: Interview with Jean Ho

Muriel Leung: Your story, “Korean Boys I’ve Loved” is a reverse chronology of a Chinese woman’s various relationships with Korean men. How did you decide that this was the story you wanted to tell? And how did you decide on its narrative structure?

Jean Ho: Well, this might be TMI, the inspiration for this story happened when I went to the dentist for a teeth cleaning, who happened to be Korean. I hadn’t gotten a teeth cleaning in probably at least a couple of years, and I also hadn’t gotten laid in a while. So this weird sensation happened when he stuck his gloved hand in my mouth, which was that I smelled the latex and it reminded me of sex, what a man’s fingers smell like right after he’s put on a condom. It was funny. I felt sort of disgusted with myself in that moment, but also fascinated that my mind created this connection to sex while this person was literally scraping gunk off my teeth.

I’m Taiwanese but I have a lot of Korean American friends, and I wanted to write a story about some of the Korean American archetypes, to try and subvert the reader’s expectations and discuss class and gender from a specific Asian American point of view, outside of a white gaze. The backwards narrative arrived in a later draft. This narrator is clearly in trouble and engages in destructive behavior; she has a pattern and I wanted to show how she arrived there. One of my favorite novels, Bone by Fae Ng, does that beautifully. I also really admire “Reverting to a Wild State” by Justin Torres, which is the story of a break-up told backwards chronologically.

ML: I love the voice behind the story: a woman who relays her experiences with such off-handed delivery that it makes each account so humorous even as the dramatic stakes seem to get higher as the story progresses. The humor seems to largely draw from the kind of joke-swapping that happens between two ethnic communities with some historical and cultural overlap. For instance, the narrator relays something a former lover has said about Chinese women:

“[He was always] begging to fuck me in the ass. Said his wife would never let him, and that was why Chinese girls were better than Koreans ones. That was a compliment, I guess. Ha. Ha. Ha. It’s funny now.”

It’s the kind of joke that plays on a very specific set of generalizations that get passed back and forth among Korean and Chinese communities in the U.S. It makes me cringe but it’s also familiar—that’s where the humor comes in, I think. Why do you think it is important to showcase this particular kind of humor in this story (and in your larger body of work)? And does this consideration factor into your concerns about white audiences—people who may not “get it” or will at least “get it” in a less substantiated way? How do you choose to navigate it?

JH: Oh, I don’t care if white people “get it” or not. I want to write for a smart reader, and not have to explain every nuance, because that’s the kind of work I love to read—when I feel the writer slipping me a secret and trusting me as a reader. I hate to be condescended to as a reader. Earlier this year I read Esme Weijun Wang’s The Border of Paradise, and she straight up had Chinese characters in the novel, no translation, nothing. I was like, Yes! Respect! Kudos to Unnamed Press for doing that.

I don’t know if I set out to write a “humorous” story; I think it’s just the voice of this character who is wounded and sort of brittle, and she says things she’s not supposed to say. In fiction I suppose that’s one way of writing something funny, when a character acts in a way that’s outside of accepted social norms. In real life I would probably stay far away from someone like her, but in this story I just love her so much. My characters always get to have so much more fun in their lives than I do in mine. They get to have sex with all the wrong people, yell and scream and get violent. Me, I’m non-violent and generally non-confrontational. I much prefer to ghost people (and get ghosted) than to have a conversation about why this isn’t working out.

ML: You recently published a brave essay in VIDA about your experiences at Breadloaf Writers’ Conference where you delivered a sharp critique of literary prestige and the double-edged burden of gratitude one experiences when they receive certain competitive opportunities. What motivated you to go public with your testimonial? How have people responded since the essay was released? And how has your relationship to your literary engagements been since its publication?

JH: The essay was really hard to write. After the conference I suffered a period of depression. I started writing about my experience at the conference as one of the ways to try and understand why I felt so traumatized—I also did other things to heal myself, like going to therapy, talking to my close friends, exercising, eating good food, reiki. After the essay was published, many writers reached out to me to tell me that they’d experienced similar feelings (at Bread Loaf in prior years or at other institutions and conferences, etc.) I’m not sure my engagement in the literary community has changed since its publication. I’m still just trying to be me, to learn to trust my instincts and listen to my intuition. I hope the essay’s publication will help to bring about changes to create a more democratic and inclusive environment at Bread Loaf, though I know that regardless of what happens, writers will continue applying there and attending, because there are good things there too.

ML: In your writing and public persona, you speak out about anti-blackness, particularly among Asian communities. Can you talk a bit about how you grew into your social and political consciousness, especially when model minority myth-making is so thoroughly bred into the U.S. racial imagination for Asians? What advice would you give non-black Asian writers to interrogate anti-blackness in their own literary and familial communities?

JH: I don’t want to give advice unless someone asks for it, and even then, people don’t listen! My political education and social consciousness continues to evolve. I still feel I’m learning all the time. It’s important to me to take a stance but it’s equally important for me to listen and reflect. I’m lucky to be surrounded by smart friends and mentors who challenge me to continue thinking and learning when it comes to race and intersectional feminism. Does that count as advice? Surround yourself with smart women of color. Get your best life.

ML: Who are the current writers of color you are reading now whose works are heavily influencing your own writing? What techniques do you borrow from them?

JH: I just started Jennifer Cheng’s House A, which is sensitive and smart and lyrical. I’m also reading The Fortunes by Peter Ho Davies. It’s a novel in four sections, chronicling the lives of four Chinese Americans. I just finished Lilliam Rivera’s YA novel, The Education of Margot Sanchez, about a girl who’s forced to work at her family’s grocery story in the Bronx to pay back a debt from when she stole her father’s credit card to buy new clothes to fit in at her prep school. I saw so much of myself as a teenager in Margot—it made me cringe and laugh. I loved Solmaz Sharif’s Look and Safiya Sinclair’s Cannibal, two really great poetry debuts from 2016. From all of these writers I’m borrowing courage and strength. 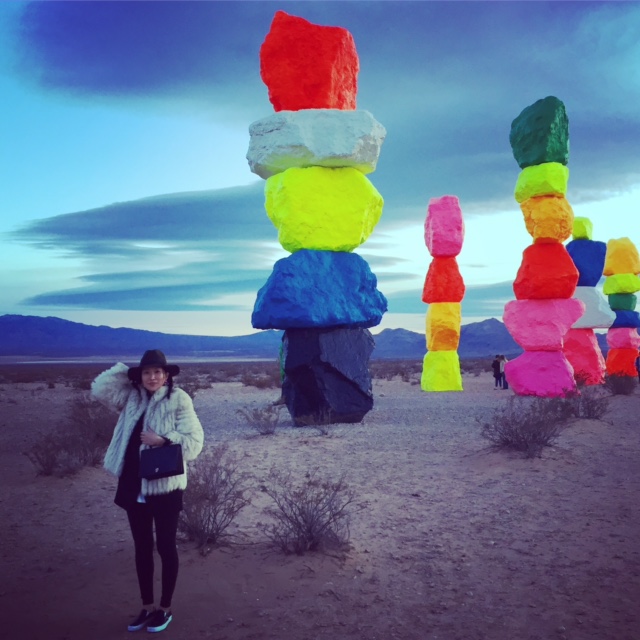 Jean Ho is a writer in Los Angeles. Her work has appeared or is forthcoming in The Offing, NPR Code Switch, McSweeney’s Internet Tendency, and elsewhere. She’s currently a doctoral candidate in literature and creative writing at the University of Southern California.