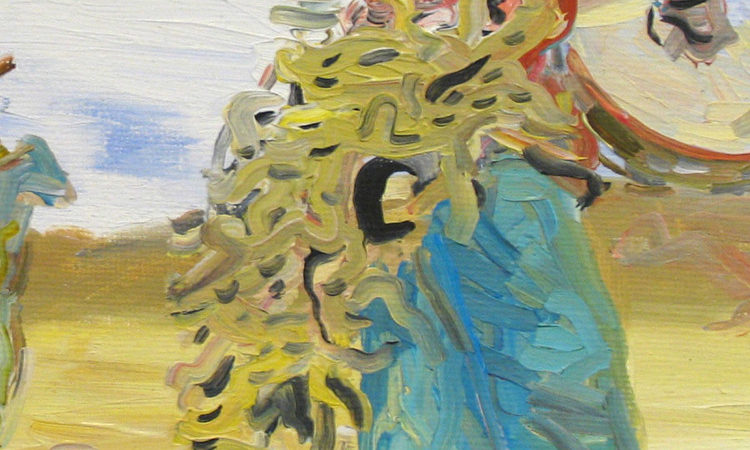 The Star Side of Bird Hill: An Interview with Naomi Jackson

Apogee Issue 5 contributor Naomi Jackson launches her first novel Tuesday, June 30. The Star Side of Bird Hill is the story of a family, three generations of women living in Barbados and Brooklyn. The weight of diaspora and separation, the weight of motherhood and childhood, of sexuality and desire swings pendulously through the pages of this remarkable story.

Cecca Ochoa (CO): First of all, congratulations on writing a gorgeous and skillful debut novel! I couldn’t put it down.  On the eve of the release, how are you feeling?

Naomi Jackson (NJ): Thanks so much for this interview invitation, and for your wonderful questions, Cecca. I’m so glad to be speaking to Apogee. I have a literary crush on you all.

A couple days out from book launch, I’m feeling good. About a month ago, I turned the corner from super angsty to just a little bit angsty. I have been fortunate to be surrounded by writers, friends, and family who encourage me to slow down and enjoy the process of publishing my debut novel. Tiphanie Yanique and Tayari Jones are two guiding lights. I was so pleased to meet Edwidge Danticat when she read at Hunter College in May. She told me to savor every moment; I’m trying my best to follow her instructions.

CO: Did you know the story you wanted to tell when you started writing?

NJ: Yes, and no. When I first began writing this novel in December 2009, all I knew was that it was about four kids – Phaedra, 10 and her sister Dionne, 16, freshly arrived from Brooklyn, and their friends Christopher, 10 and his brother Trevor, 16, who live in Bird Hill, a small tight-knit community in Barbados. These characters and their stories showed up out of the blue. I’d been writing a terrible novel with a protagonist named Phaedra for about four years at that point. When the opening scene appeared in my mind’s eye, I knew to listen up and pay attention, but I wasn’t sure what would come next.  For about six months, all I had was those first ten pages or so, which are still the opening pages of the novel. It took several years before the book began to take shape.

CO: During the process of writing, what surprised you the most?

NJ: I was surprised by just how much the book required of me, particularly in the home stretch. It took me a couple months to recover from writing the final draft of this manuscript. While there is a lot of humor in the book, certain parts of it, particularly the girls’ relationship with their parents and attendant grief, were quite difficult to write. I was also caught off guard by the death of my grandmother, who passed a month after I finished the book. I didn’t see that coming, nor did I anticipate the surreal feeling of burying her in Barbados, as the girls in this novel bury their mother.

CO: One of the elements of The Star Side of Bird Hill that most impressed me was the roaming point of view that enters the head of all the Braithwaite women. Despite the seeming abyss between Brooklyn and Barbados, between depression and healing, and between the desires and reality that divide the characters, the narrator connects this family at a psychic level in a way that they cannot connect on a physical level.

NJ: I broke a number of rules in fiction by choosing a roaming point of view that jumps between Phaedra, Dionne, and their grandmother Hyacinth. I made this choice because I wanted to to get close enough to each one of these characters so that we could see Brooklyn and Barbados and their family from each of their unique perspectives. I’m glad to hear that you enjoyed this aspect of the book, as it took a while to settle on a narrative voice that made sense.

CO: Break those rules! It’s in your essay, “To Be Young Gifted and Black: A Travelogue of Black Women Artists” published in Issue 5 of Apogee Journal you say, “distance from the Brooklyn I’d known, loved, and lived in for so long is essential to creatively rendering its contours, and imagining my characters there.” Can you speak to this need for space and perspective as a part of your creative process?

NJ: This book was written in several cities that couldn’t be more different from each other – Iowa City, where I spent two years at the Iowa Writers’ Workshop; Bridgetown, Barbados, where I spent a summer researching and writing the book; Philadelphia, where I wrote the final draft; and finally, Cassis, France, where I reviewed copy edits and tied up a few loose ends. I also worked on it at PowderKeg, a space for women writers in Brooklyn.

I found it really hard to write about Brooklyn when I was living there, as I didn’t have enough distance from it to see it clearly. I wasn’t sure what leaving New York would do to my writing; I was pleasantly surprised to find that taking a break from the city was helpful for slowing down, tuning out the noise and distractions of urban life, and seeing my story and characters more clearly. On a practical level, leaving New York allowed me some freedom from personal and work obligations so that I could focus on the solitary work of reading and writing.

CO: Also in your essay, “To Be Young Gifted and Black: A Travelogue of Black Women Artists” you speak about how reading almost exclusively contemporary writers of color was necessary to your formation as a writer. Who are some of the writers who have been most influential to you, and what did you learn from them?

NJ: My commitment to reading work by contemporary writers of color was essential to my formation as a writer, especially when I was younger. It was in part a response to my education and being instructed to read and venerate a predominantly white literary canon. I think my reading habits served me well in terms of bolstering my confidence and cultivating my voice; I am certainly reading more broadly now. I will always take refuge in writers like Toni Morrison who are unapologetically concerned with writing about black lives and communities. Morrison’s book, Sula, and its community, The Bottom, informed my rendering of Bird Hill, though I make no claims to her mastery; I also studied Marlon James’ John Crow Devil when I was working on The Star Side of Bird Hill. Other writers who have influenced me include Jamaica Kincaid, Paule Marshall, Tiphanie Yanique, Chimamanda Ngozi Adichie, Zadie Smith, Jacqueline Woodson, Marlon James, Edwidge Danticat, Shay Youngblood, Junot Diaz, Sherman Alexie, June Jordan, Dorothy Allison, and Alison Bechdel. This could be a very long list, so I’ll stop there.

NAOMI JACKSON is the author of The Star Side of Bird Hill, to be published by Penguin Press in June 2015. She studied fiction at the Iowa Writers’ Workshop. Jackson traveled to South Africa on a Fulbright scholarship, where she received an M.A. in Creative Writing from the University of Cape Town. A graduate of Williams College, her work has appeared in literary journals and magazines in the United States and abroad. She is the recipient of residencies from the University of Pennsylvania’s Kelly Writers House, Hedgebrook, Vermont Studio Center, and the Camargo and Wurlitzer Foundations. (Photo credit: Lola Flash)