By Zinzi Clemmons, Managing Editor I am nearing my last day of a month-long writing residency in rural Nebraska. I have spent the time on a farm with a handful... Read More 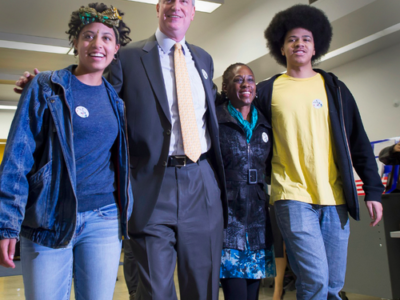 by Stacy Parker Le Melle I’d just like to say a few unfiltered words about what I see when I see Bill de Blasio with his family.  When I see Bill... Read More
by Chris Prioleau, Co-Editor in Chief During its run, Breaking Bad was one of the best shows on television. It was as intense and scintillating as anything ever broadcast; the... Read More
This is the first of two essays that reflect on what has happened in the months since the trial of George Zimmerman. You can read Apogee’s original response to the... Read More
Unexpected, bold, and full of the complex frustration that stereotyping invokes in the stereotyped: EJ Koh’s poem “The Social Equation,” is the next installment in our Overshare series.*    “YOU... Read More

The events of yesterday weigh heavily on our hearts. We grieve for the loss of a son, brother and friend, Trayvon Martin, and for the further pain this trial has inflicted on his family and friends.

The entire event strengthens our commitment to equality, and to emboldening the voices of those who are systematically rendered powerless.

We are part of the same struggle, and today, we are inspired by the strength of Trayvon’s parents and supporters, to fight harder for justice for those who cannot fight themselves.

Yours,
The Apogee team

For insight and useful analysis on the Trayvon Martin trial, here are some articles the Apogee team recommends:

Jelani Cobb at the New Yorker

The Nation on White Supremacy

Cord Jefferson at Gawker on Being Young, Black and Male in America

Gary Younge at The Guardian, on the Open Season on Black Boys

David Simon at The Audacity of Despair