Native and Anti-Colonial Craft Against Dispossession 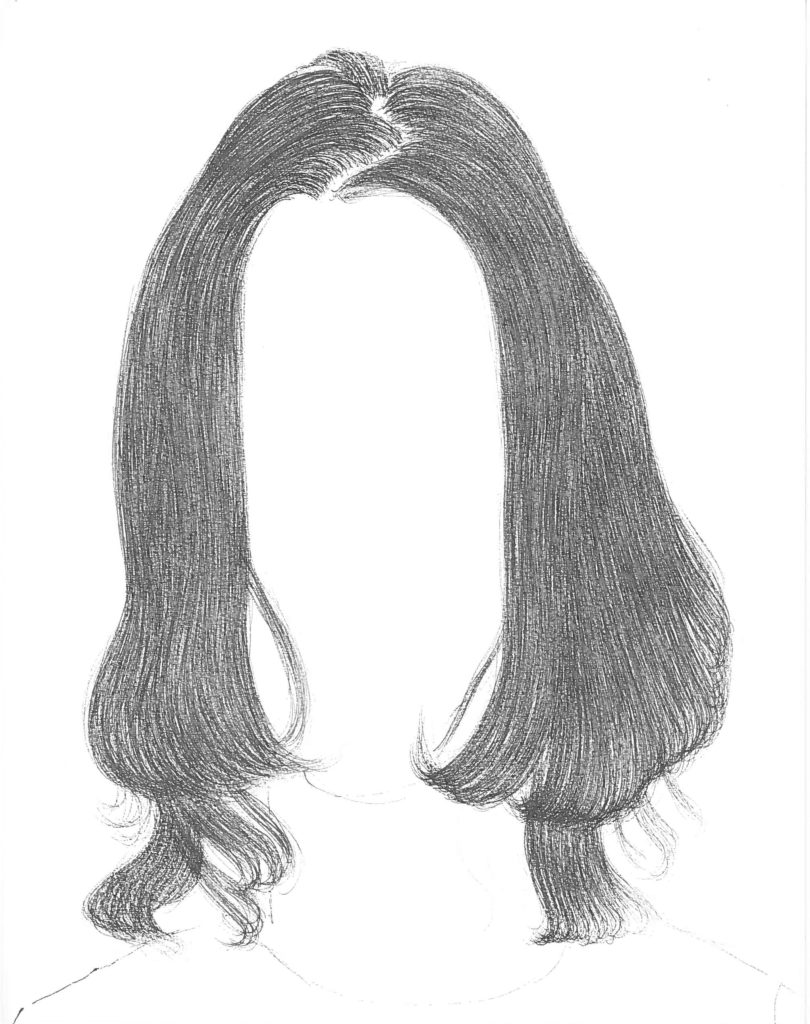 When there’s an absence, you have to fill it with something. Time will always pass—growing denotes the passing of time. After my grandmother died, I cut my hair very short.

Every day, I have been completing a faceless portrait of myself, focusing on the hair extending out from my body, noting the subtle changes each day as time passes, for over a year now. The same person, but many different variations. The myth of myself.

As I grew my short hair long, I drew my hair out. I am exploring the Samoan concept of the va or ‘space,’ which often connotes context, history, and the spaces in between. Through the specific lines of growth and time, I am exploring my own va, and the va around my va as a Samoan woman.

The artist Saul Steinberg defined drawing as “reasoning on paper.” Through my drawings, I am reasoning myself, my space in the world, the way I hold space with myself and others, and the spaces in between.

This is Not a Pipeline

Of course, there is a pipeline: metal or plastic, it moves underground like a foreshock tremor; protrudes–or perturbs–above ground like a topographical agitation. It has shape, diameter, and geography. It spans continents: from Dakota to Damascus, from Bakken to Baghdad. It does not only cut through the land, separating nature from nature, but also cuts through the heart of a proud, yet benighted people. So a pipeline is not just itself; it’s an exterior, a mere shell for something else, a conduit. In the end of it (from both ends) it is hollow and meaningless but for what flows through it—liquid, viscous, venomous.

So this is not a pipeline—this is oil: not black or crude, but translucent and mercurial (as markets would have it), extracted from white plains, black continents, and brown mountains; from rocks that stood for eons when oil was walking; was living flesh and bone. Oil that is now sucked from the belly of the earth, anointing oil barons, oil sheiks, oil heaters, oil trains. Oil that makes more oil for those who have oil, lubricating hands; alchemized black gold that shines like silver and crumples like paper.

So again, this is not a pipeline—this is money: money in its crudest currency, not flowing, but running through fiber optic bank wires by the barrel, transported from oil fields through underground vaults, protected by the cylindrical barricade that separates human from human; a social subterranean divide.

So this is not a pipeline—this is a wall: not fixed, opaque fortification like Berlin or China, but a fence, at once defensive, offensive; at once emancipating and encircling, enriching and enslaving. A globalized coral that can be seen through but not exited. A fence like a veil, obfuscating, covering up, putting down, abusing, degrading, excluding. The victims wear the veil, wear the fence over their eyes, around their bodies; the fence makes its mark on the ground the way a predator marks its prey—with claws of barbed wire, with a vise grip, with the puncture of the paling, with the sting of the prod.

Once again, this is not a pipeline—this is a weapon: like the stone and the sword, the bullet  and the drone. But unlike conventional weapons, it doesn’t fly through the air, it doesn’t adhere to Newton’s Law—it’s motion in its steely stillness, in its oppressive monumentality; a futuristic artifact if there was ever one. It is advanced as a heat-guided missile; terrorising like the primitive barrel bomb.  Its chemistry attacks the nervous system, affecting movement, reflex—destroying speech abilities. This is not a pipeline—this is it.

It, like malignant matter that flows like dirty blood varicose veins—veins that will erode and burst and blanket the land with a slick new dark coat. A black layer that will turn night upwards, a dark pool that will glisten in the sun, burning black and brown and red and black—flames, shining higher than the highest tower. It is oil that will rise like a tsunami and devour those, us, who are drowning those helpless who stand on the land, burying us until we too join our helpless ancestors—and also become oil.

This is not a pipeline, but in the end it’s also just that, a physical, hulking, hectoring, hollow cylinder—an eye sore, a gash in the earth, a daily reminder for those who live above it, under it, near it, that while the oil flows freely they are bound to the land, a land they love, but that’s being ravaged. But it is also a reminder for those of us who live far away, in the land at the end of the pipeline, for those who enjoy its sweet nectar, that that place in between exists, that the no man’s land is filled with proud women and men; that nature has nothing wild in it—it is us who are wild, we are untamed. So it is our task to stand up, to fuel our cars with the crudest or the crude oil, and to to drive to that place in between—and then, only then, that pipeline will be no more.

Citizens of the Earth

Fresh from residential boarding schools,
Our sacred sites in the sandboxes of children
Who will never read our histories in their books.

Are we all gone? they ask, and we pray your grandchildren
Won’t be the ones who rob our grandchildren
Of the black coal, black oil, black snake profits seeping from
The wounds ripped across our ancestors’ graves.

I wonder how many indigenous languages have a word for
Accountability
Or how many interpret it as intrinsic?

I’ll never forget the rush, the prayers I felt,
Clean air swirling with the smoke of fires
Used to cook communal meals, where no one asked
Why are you here? — What’s your blood quantum?

Colorful ribbons blowing in the wind,
An eagle watching from the sky in the shadow of a plane.
A helicopter, anxious to film the violence that never came from our side.

What lies do you perpetuate, that we don’t pay taxes?
That we get checks from the government?
That our casinos make us rich, or that we all drink?

You tell us to stop crying about representation when
Hundreds of tribal nations have united against Energy Transfer, yet
Neither Trump nor Clinton mentioned us once in their debates?

I’m asked, “Don’t you have bigger things to worry about?”
When I fight racist mascots, when I argue that it is a big deal
To be a minority of minorities. Being told how to be. To be treated as less.

To be sexualized, seen as a costume, when 1 in 3 Native women are raped,
To be bullied in schools, when Native youth commit suicide at the highest rates,
What can you tell me that I don’t already know? #MMIW, have you even heard?

No physical pain brought to me at Standing Rock
Will ever equal the pain if our sovereignty is lost in this fight.

We are dual citizens of America. Because they say we have to be. 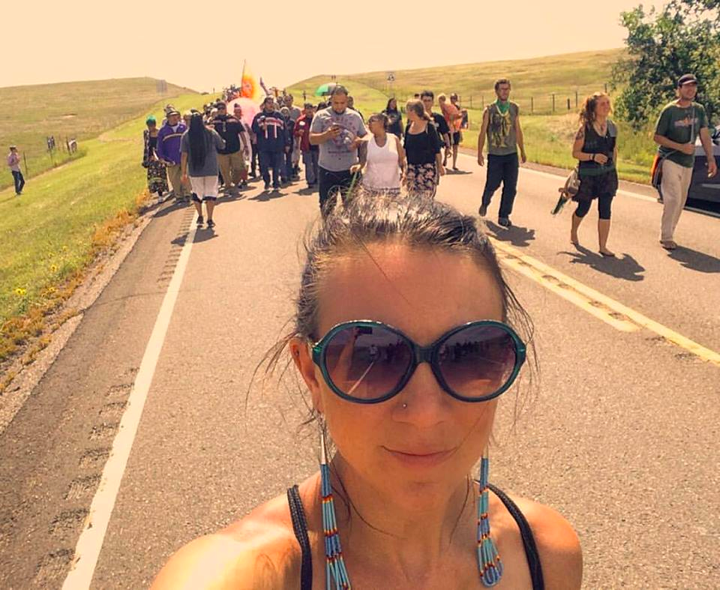 What we do to the mountain, we do to ourselves 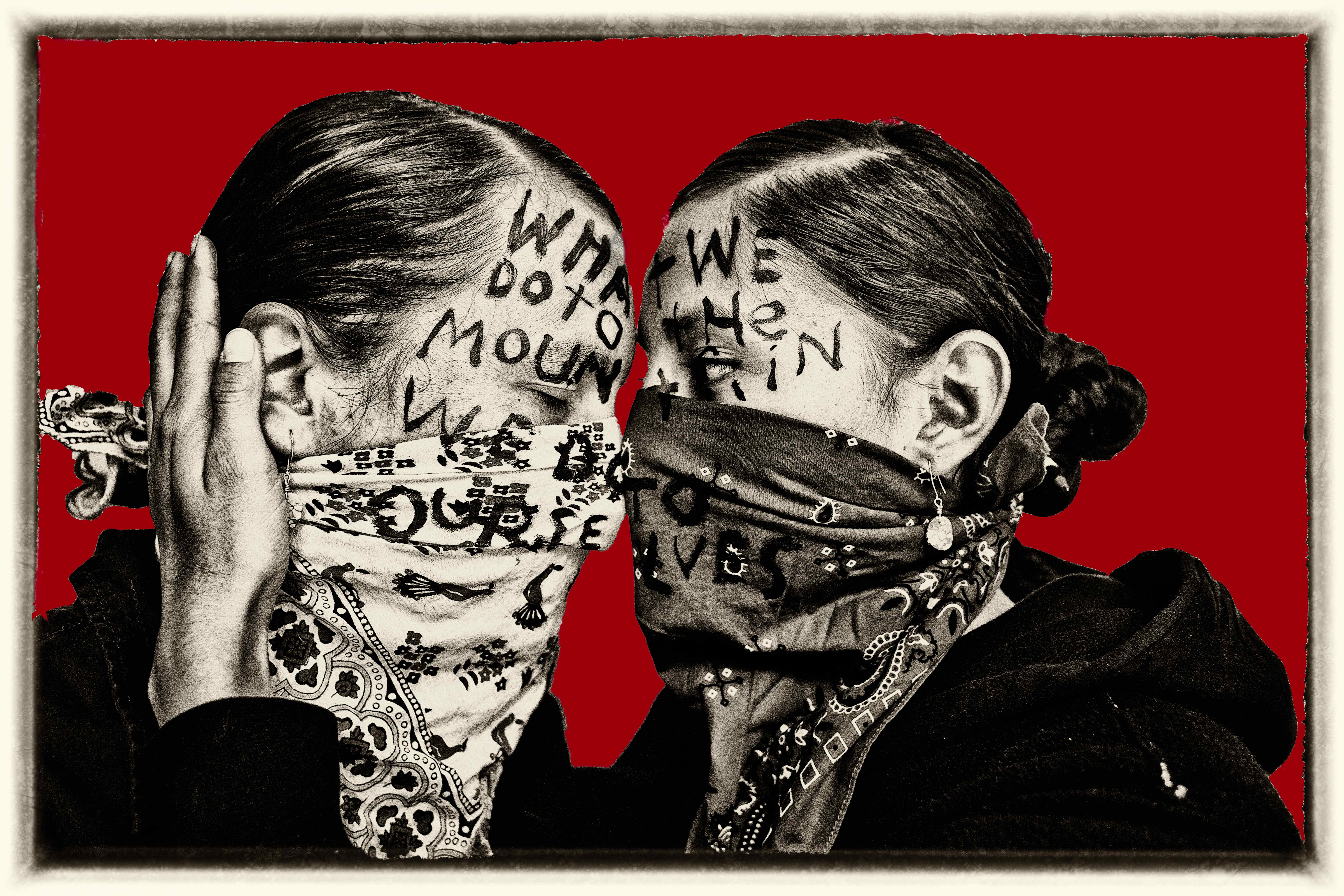