Don’t Forget Us: An Interview with Maia Cruz Palileo

The Cuchifritos Gallery is a pocket gallery tucked into the entrance of the Essex Market, at the gritty corner of intersecting neighborhoods—Chinatown and the Lower East Side. Artist Maia Cruz Palileo’s show, “Lost Looking,” was on exhibit this past winter. Upon entering, my gaze scanned the brightly lit studio before settling in for closer examination. Eyeing familiar images (a box television, a sleeping cat) and vibrant colors that conjure nostalgia, there was an instant presence of the real and unreal, a sense of magic realism, emanating from the images. As the title of the show aptly implied, the dozen paintings, selected by curator Jordan Buschur, reflected the integrations of Palileo’s Philippine ancestral homeland and her own Midwest American roots, recovered family lore; and objects and the emotional power they contain.

Palileo walked me through the paintings, sharing the history that fueled each piece.

Maia Cruz Palileo [MCP]: I was really excited to have a show at Cuchifritos Gallery. Part of their mission is: “to show exhibitions featuring the work of emerging and underrepresented contemporary artists with particular interest in exhibits that convey relevance to the local community.” I like the inclusiveness of this statement. Jordan Buschur, who curated the show, created a clear story, which mostly anyone, but more specifically, immigrant families, can identify with. For me, there is a necessary power in seeing yourself (or people who look like you) represented and reflected back to you. 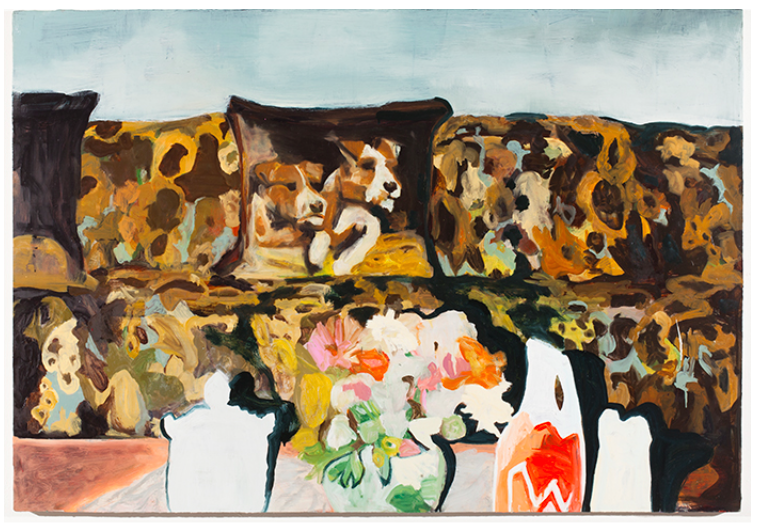 MCP: “Dog Pillow” was based on a photo of my grandmother’s couch…I couldn’t see all of the patterning on the couch, so I repeated what I could see to make up the image. It was in their house in Montana…something about the brown and orange is deep in me. Anytime I see brown and orange, I see the 70’s: roller rinks, a fuzzy warm feeling when the world felt safe. On a previous installation project, I had recreated my art studio into my grandmother’s living room. When people visited, they responded that they knew that living room from their own childhood memories. I realized that there was nothing different, in the material world, between my Filipino-immigrant childhood memories and their white American experience. I had to put up photos on the mantel to show that this was a Filipino home. The piece became about what things my grandparents brought with them, what they couldn’t bring, and whether or not they assimilated. The material things are the same everywhere.

JoYin Shih [JS]: Did you feel that you struggled with assimilation as a child or did you feel completely American?

MCP: I struggled with it. I grew up with a lot of other Filipino families and kids in my parent’s community and in my neighborhood. There were families from Pakistan, India, China, Korea, and Iran. Mostly doctors. I wasn’t the only minority, so as a young kid, I didn’t feel that out of place except for the food that I ate. I remember having a Spam sandwich at summer camp and hiding under a tree to eat it because I was embarrassed.

When I entered a boarding school for high school, I received a letter that said, “You are invited to participate in the multicultural symposium.” I thought, what the hell is that? 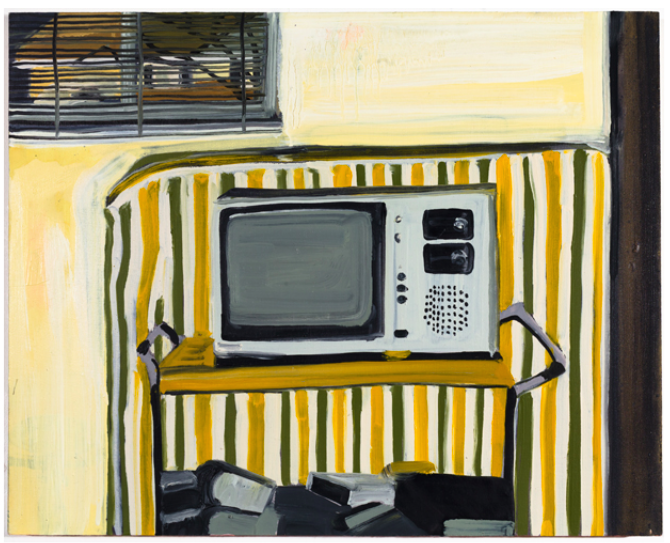 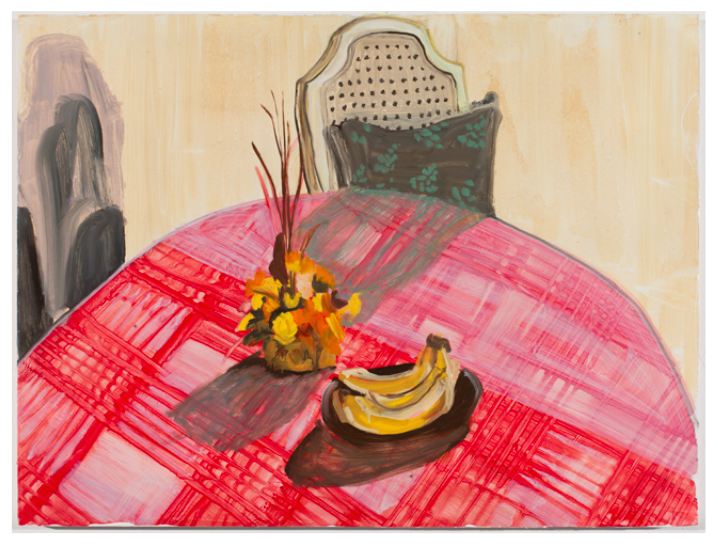 MCP: “Still Life with Bananas” is a memory of my grandmother’s kitchen. She had just passed away when I was painting this, so the shadows are like tombstones or ghosts…I like ghosts…

MCP: I do, I like ghosts.  When I went to the Philippines, my aunt told me so many ghost stories—they are weaved into their oral history. The ghosts will steal your slippers at night. The mountain woman ghost is out hitchhiking…And then mixed in, is the Catholic religion thing that made me believe, as a child, that my grandpa was always looking down and watching every bad thing I did. 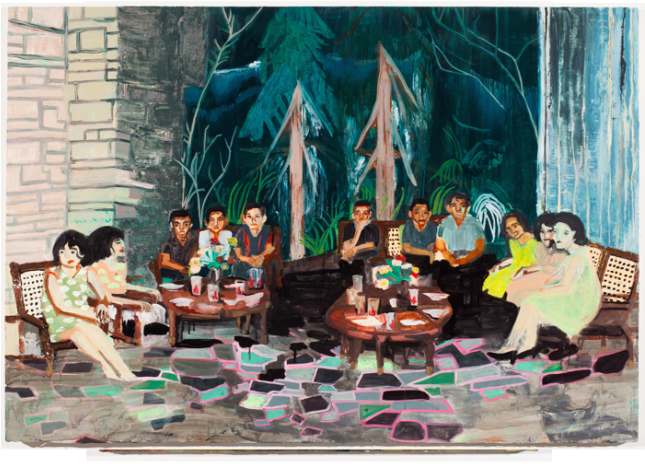 “Nochebuena” is done from a picture I found from 1962, a faded color photograph of a party. The woman in yellow is my mother, who passed away fifteen years ago. I took the reality of the photograph and altered it with aspects of my emotional and sensorial memories of the Philippines. I took the photo and flipped it in Photoshop and made it panoramic. The background couldn’t be seen because it was nighttime so the trees become blurred into made-up space. The colors are very specifically ingrained in my memories of the Philippines: these blues and pinks, the turquoise, especially, is filled in. There was a pink grout in the photo, but I exaggerated it in the painting. 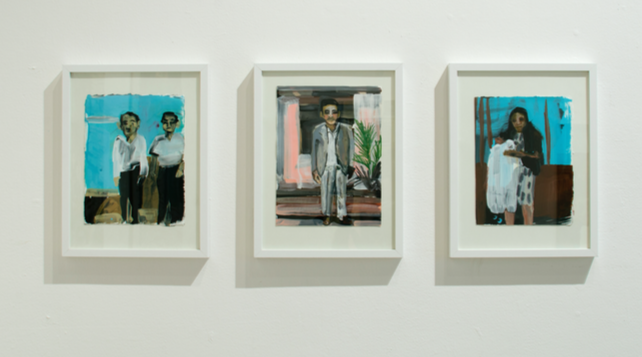 MCP: “Amadeo” is my grandfather, who was a Colonel in the Philippine Constabulary. He died the year after I was born. He’s a family legend; everything I know about him has been passed down through oral history. He seemed like he was pretty scary and really intense. So I visit him in my art. His story is the one I’m trying to recover. 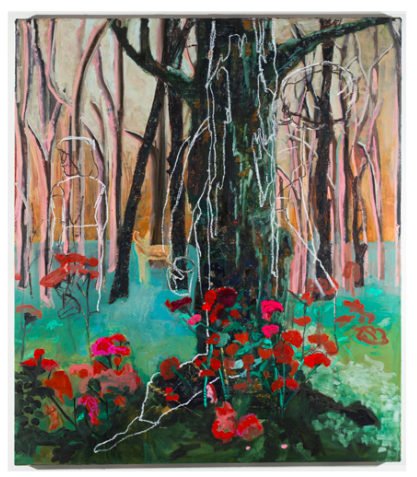 MCP: “The Woods”might be the most haunted one and it’s from my own experience, my own memories of growing up in the Midwest. I spent a lot of time in the woods, where there were a lot of deer. My Aunt had a rose garden in front of our house. I drew the figures with the intent to paint them, but I couldn’t ever figure out how to re-enter the painting. I felt that they were meant to be ghosts. 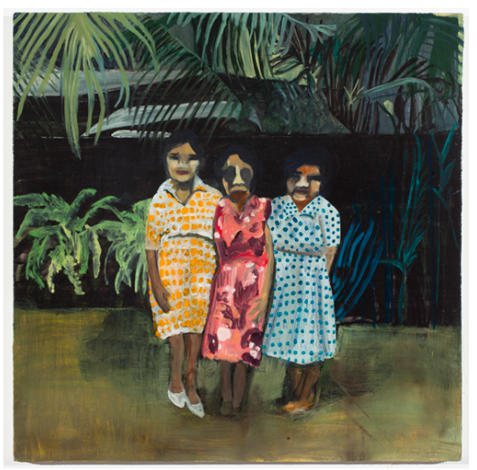 MCP: These three women in“Titas in Bulacan” are my great aunts—in front of their house in Bulacan. I love the patterns of their dresses. They were my mother’s Aunties, my grandfather’s sisters. They each took care of his kids and raised them. I hear my grandmother was pretty hands-off with her children. The Aunt on the right raised my mother. When I went to visit her last November (2013) in the Philippines, she cried and cried. They are very emotional and loving. Even though they were distant relatives, they send me a birthday card every year. They never forgot about me.

During my visit, one great aunt, who passed shortly after, spent her days looking out onto their garden in quiet meditation. I sat with her in silence and held her hand. After a while, she squeezed my hand tight and said, “huwag kalimutan amin,” don’t forget us. Patting my hand in hers, she repeated it. I didn’t know how to express how deeply I understood what she was saying, in the backyard of the home my grandfather and his sisters grew up in, at the end of her long life in this place that my parents had always referred to as home. In that moment, I yearned to encapsulate her, all the mystery and intrigue of their lives, that garden, the sounds, the heat, the odd feeling of familiarity, her old wise hands around mine. I squeezed her hand back and put my arm around her little body and we sat in silence a while longer, with a language and world between us.

JS: What is next for you in terms of exhibitions and artwork?

MCP: My solo show, Guavas and Ferns, opens on April 16th at Taymour Grahne Gallery in Tribeca. Many of the paintings were influenced by my trip to the Philippines in 2013 mixed in with some Midwestern adolescence imagery. Guavas and Ferns will be up until May 20th. Currently, I’m in a group show called No Rush, No Dawdle, curated by artist Dahlia Elsayed at the Lower East Side Print Shop. I’m also going to be in another group show, Take II: Our 2nd Anniversary Show at Ground Floor Gallery in Park Slope from April 10 – May 10.

In terms of artwork, I’ve been making prints at the Lower East Side Printshop, silkscreens and etchings along the same lines of family, and moving into portraiture. In the studio, I’ve got a few paintings in the works and am making larger canvases so I can work big. I really want to get into the work. Painting large scale is a way to do that, to get really physical and get lost in the painting. 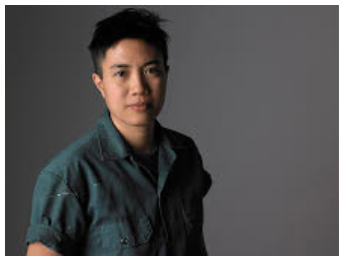 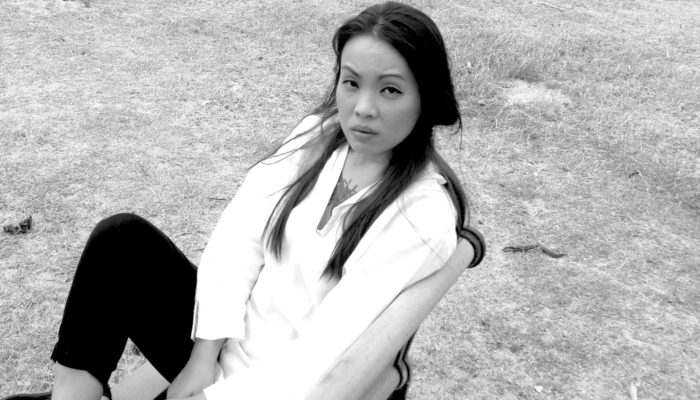