A Friend in Taipei

The first time Tim kissed me, we were standing on the roof of his father’s apartment building in DanShui, drinking Taiwan Beers in the early afternoon. Typhoon Soulik had gusted through the island last night, and now she was drifting northwest toward China, steadily losing power. I peered over the edge of the terrace. At the main road leading to the harbor, a toppled camphor tree lay with its roots exposed.

I’d known Tim for years, though I doubt we’d ever had a conversation longer than five minutes, until we were both in Taipei. He was one of the many young Asian American filmmakers who orbited the arts organization in LA where I used to work. Last time I saw him, Tim was screening a cut of his latest project for our film festival director––a documentary on fixed-gear bikes. I remembered poking my head out of my office to watch for a few minutes: beauty shots of midnight riders swarming Bunker Hill, men in cuffed pants and black carapace helmets, skin smeared in tattoos.

He was in Taiwan for a cousin’s wedding, and sent me a Facebook message when he saw my update that I was visiting my family all summer.

I was staying in Beitou, a township north of Taipei’s urban center that abounded in Japanese-style architecture. In 1895, China ceded Taiwan to Meiji Japan after losing the First Sino-Japanese War. Hot springs culture flourished in Beitou when the Japanese discovered sulfur mineral pools in region’s lush valleys. In the mornings, when I threw open the windows of my apartment, the smell of sulfur—an acidic, rotten-egg scent—suffused the air.

Until Tim arrived, my days were filled by solo excursions to various cultural sites in Taipei, riding the subway, transferring buses. I visited art museums and Taoist temples; I browsed the local boutiques. Everywhere, I people-watched. I wrote things down in my notebook and snapped photos. Each night I slept early. I visited with my family on the weekends, but my weekdays were spent writing, and quietly observing.

The first time he and I got together, we strolled XinYi Road and headed west, toward the Chiang Kai Shek Memorial. It was sunset when Tim and I climbed the stairs to the tall, white structure topped by an octagonal roof glazed in blue-violet tiles. At that hour, the heavy brass doors were shut, Chiang’s bronze statue locked inside, and so we stood on the mezzanine and gazed down the vast plaza. A drum corps was practicing on one end. The thump and rattle they sent up carried across the concrete mall. Next to us, a row of Taiwanese photographers with cameras on tripods filmed the sun’s descent––the lower half of the sky dipped in orange. Tim joined their ranks, clicking away on his vintage Leica.

Generalissimo Chiang rose to power in 1920s China, and led the Kuomintang party in a decades-long civil war against the growing Communist rebellion. In 1949, Mao Zedong’s offensives successfully drove Chiang out of China; approximately two million Chinese (people with political ties to the Kuomintang or the military, and the cultural elite) evacuated the mainland and settled in Taiwan–– the island having been recently restored to Chinese rule, following Japan’s WWII defeat. My paternal grandparents were among these war evacuees. My father, the second son, their first child born on the island.

We left the memorial behind and made for YongKang Road to search out street food. A beaming young woman in an apron and with her hair wrapped in a folded handkerchief hollered at passersby to try the pan-fried dumplings, the best in the city, she claimed. Neither Tim nor I could read the menu, scratched on a chalkboard propped against the wall, but without having discussed it beforehand, we hid our ignorance from the vendor. I asked her for the most popular dumpling stuffing, and she replied, spicy minced pork, or pork and shrimp. We paid for half-a- dozen of each, and moved to sit down at a nearby park bench.

I’d been in Taipei for two weeks when Tim arrived in the city. Long enough that I was beginning to speak Mandarin without first thinking of what I wanted to say in English, then translating the words. I wasn’t fluent, not by a stretch. I could convey basic information—explain to my family that I was in graduate school for creative writing, that I was working on a novel with sections set in Taipei—but I couldn’t tell a joke to save my life. Here, I was a shadow of myself.

Speaking in English with Tim carried an unexpected pleasure. We talked about our families. He, too, had grandparents who emigrated to Taiwan in 1949. In an old photo album, he once glimpsed a photo of his mother as child in General Chiang’s lap.

I told Tim a story about my 93-year-old grandmother, relayed to me by my uncle. Last week, she’d woken up from a nap one afternoon and called out, I want to go home! My uncle replied, You are home. No, I’m not, she insisted, angry. My real home. Beijing. She, like all of the other war refugees, had believed that Chiang would make good on his promise to wrest control of the mainland from the Communists.

Tim and I parted ways with plans for the following days. We went to the Taipei Zoo to see the pandas. Yuan Yuan, the female of a pair of giant pandas gifted by China in 2008, had just given birth to a cub. Mom and baby were under special care, but the father, Tuan Tuan, ambled around his habitat, adorably chewing bamboo. The Democratic Progressive Party, which actively endorses Taiwan’s sovereignty and independence from China, vehemently opposed the gifted pandas. The party leaders viewed them as a symbol of China’s strident reunification campaign. In fact, the characters of the panda’s names, “Tuan” and “Yuan” written together means “reunion.” Kuomintang currently controls the political majority, however. Seventy years after Chiang’s retreat, the Kuomintang party seeks amicable relations with Beijing, and operates under the One China Principle in international affairs, rejecting the idea of a separate Taiwanese cultural identity. The new baby panda—was she Chinese? Or Taiwanese?

On the subway ride back into the city that afternoon, Tim turned to me and said, I’m wondering. When are you going to let me take you out on a date?

I shouldn’t have been so taken aback. In truth, our outings together already felt like dates, but without the inherent pressure of them, the constant assessing of your compatibility with the other person. Still, the question shifted the air between us; like slowly rotating the car radio dial when driving through unfamiliar terrain, the hairline moment static morphs into music.

The next day, we passed the afternoon hours roaming the waterfront in DanShui. Along the river, open air market stalls offered traditional handicrafts and towering ice cream cones. In the 17th century, Spanish sailors arrived in northern Taiwan and established the town of Santo Domingo in what is known as DanShui today. The Spanish constructed a fort at the mouth of DanShui River; the structure was subsequently razed and rebuilt by Dutch colonists, then Han Chinese in the Ming and Qing Dynasties, though it had always retained its Spanish name. Tim and I shuffled through the airless corridors of Fort Santo Domingo, now a historic museum that displays faded blueprints and ancient weapons of warfare.

I thought about the question he’d posed the night before. Instead of answering, I’d grown red in the face and turned away from him. A silence fell, and then I’d changed the subject.

After the fort, we tracked back to his father’s apartment. With cold cans of beer in hand, we rode up the elevator to the roof. From this height, we could see Taipei spreading forth, the cars and buildings Lego-sized farther out. He pointed out Beitou, to the south of us. I squinted and tried to find my building, but it was impossible, of course.

When we kissed, I didn’t think of his dwindling days in Taiwan, and my summer here still stretching into August; California did not occur to me as place where we might meet at some undetermined future time, and no questions surfaced of whether we would be the same two people there. We kissed, two tourists in Taipei, a place where the things that mattered, the real stories behind the wars and memorials, the colonial historical records, even the political controversy over the new baby panda, felt just beyond my reach. I’d blamed the language barrier, the years away I’d spent in the US. The last two times I came back were only because of deaths in the family. My grandmother had wanted to return to Beijing, the home of her youth. I thought of California, where I grew up, and I wished for a feeling of home, here in Taipei, where I was born. Without ever talking about it, I felt as if Tim understood that impossible longing.

JEAN HO is a writer in Los Angeles. She’s an alum of the UNLV MFA in Creative Writing and the VONA/Voices workshop for writers of color. Her work is published or forthcoming in NPR, Quaint, Monkeybicycle, xoJane, and Hyphen. She’s a board member at Kaya Press, an indie publisher of Asian diasporic literature. Follow her tweets at @jeanho. 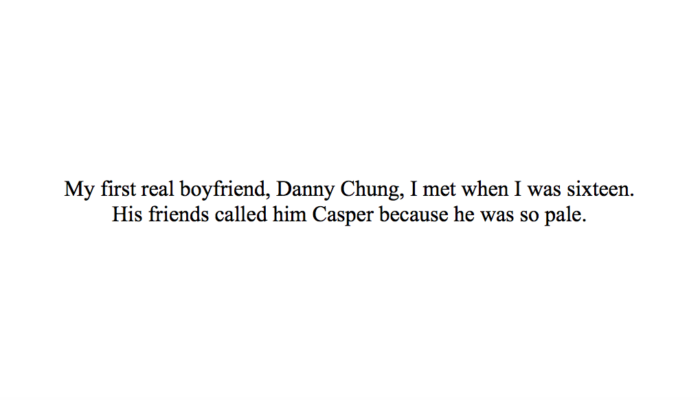 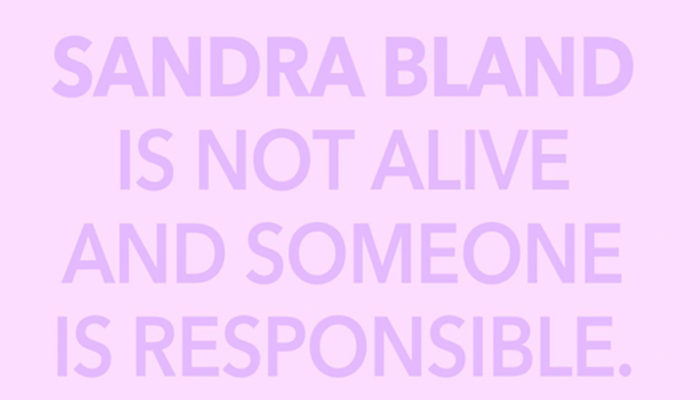