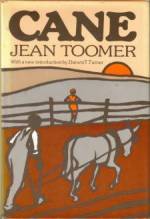 Each time I reached for a syllabus as an undergraduate English major or graduate MFA candidate, I immediately scanned the reading list. I looked for the names of writers of color I recognized, women’s names, names I couldn’t pronounce, names I’d never heard of. I was often disappointed to find the same names printed again and again. Weren’t the Faulkner and Hemingway estates already selling enough books?

Over time, I realized that I would not find the authors I was looking for in 20th Century American Fiction, or American Realism, or Craft and Art of the Story. I began to seek out those classes whose titles suggested they were investigating something outside the literary mainstream: Cultures and Countercultures, Literary Africa, Nationalizing Narratives, Strangers in a Strange Land, The Peripheral Writer, Roots of African American Fiction.

Through the diverse and international writers I encountered, I shaped my politics–one of inclusion, resistance to the status quo, recognition and protest of injustice. Reading became a political act, a way to challenge my assumptions and grow my convictions. Listed are four books that shifted my worldview, and provided an alternate sense of value from the one I was offered by the traditional canon.

Danzy Senna, Caucasia (1998)
A friend of mine in grad school suggested Caucasia to me while we were getting drunk at a student reading. When she asked my ethnicity I told her, “I’m mixed–black and white.” She looked at me for a while and then she asked, “Have you read Danzy Senna”? I hadn’t–and now I understand why she made the suggestion: Senna writes about biracial people of all shades and classes, and speaks to the experiences of feeling misunderstood, having to hide parts of yourself, bringing disparate groups together, bridging a gap. Caucasia explores ambiguity in race through the two biracial children of radical parents who are forced into hiding–the lighter child, Birdie, fleeing the FBI with their white mother and passing for white, the darker sister, Cole, going with her father. Though Caucasia was published to critical acclaim, it seems to have gone unnoticed in recent years. I for one would like to see a revival.

Jean Toomer, Cane (1923)
Cane continues to haunt me. While relatively well-known as a gem of the Harlem Renaissance, it’s not mentioned anywhere near as often as works by Ralph Ellison or Langston Hughes. Toomer creates one of those other realms through his mix of prose and poetry–sort of like Pedro Páramo, except with less of a discernible narrative. What I love most about this book is that it resists classification. Elements overlap just enough to give unity, yet the pieces run free on their own. Take Her Lips are Copper Wire:

Don’t you just want to be making love in 1920s Harlem?

Chester Himes, If He Hollers Let Him Go (1945)
Chester Himes makes absolutely no apologies or concessions about his critique of white America. A rage towards injustice and mistreatment continues to build in protagonist Bob Jones, a shipyard worker in L.A. during WWII. By the end, as a reader, you feel his violence and his desire to enact physical harm; you understand how rage could consume a person in his position. Bob endures constant harassment at every level of his existence, including sexually. A white woman coworker, Madge, revels in the idea of the dangerous, hypersexual(ized) black male. Bob’s feelings for Madge reveal a fetishization of her whiteness, while Madge’s attraction stems from the potential social consequences of their relations. If He Hollers Let Him Go is a testament to the ways that sexuality, and conceptions of sexuality in terms of race, function as a vehicle of power and creates injustice.

Gayl Jones, Corregidora (1975)
This book is so disturbing in the violence it depicts–psychological, physical, sexual–that I have been unable to reread it. Still, the historical truths exposed in this narrative compel me think everyone should read it. Corregidora is the tale of Blues singer, Ursa, living in Detroit. Sexual acts always carry symbolism for Ursa, who has been haunted by the legacy of sexual violence inflicted upon her enslaved female ancestors, and has come to understand her own sexuality in terms of their encouragement to “make generations.” Great Gram and Gram’s sensibilities permeate the novel, as Ursa’s narrative is interspersed with the stories they told during her childhood about the Portuguese-Brazilian plantation owner, Corregidora, who kept them as sex slaves for himself and for other men, and who fathered both Ursa’s grandmother and mother. Between all this and the domestic violence Ursa herself faces, Corregidora truly is, as James Baldwin puts it, “the most brutally honest and painful revelation of what has occurred, and is occurring, in the souls of Black men and women.”