Issue 3 Editorial: Beyond MFA vs. NYC

The following is an updated version of the editor’s note that appears in Issue 3 of Apogee Journal.

In February of this year, n+1 released MFA vs. NYC, a collection of essays exploring “the two cultures of American fiction.” The book is based on Chad Harbach’s now-famous 2009 essay of the same name. Harbach posited that there are two literary centers in the United States: New York City—the home of most of the country’s literary agencies and publishing presses—and the network of MFA programs dispersed throughout the country.

Though appealing, the essay and new collection’s reliance on an oppositional binary is as flawed as it seems. While MFA vs. NYC gives recognition to the often less commercially successful writers who live and produce within the university system, the concept presents a narrow view of literary production, and offers limited options for writers pursuing a career in literary arts. Writers (successful ones at that) have emerged from neither an MFA program nor the New York City publishing industry. There are also a host of MFA programs within NYC (including Columbia University, where Apogee was founded and most of our staff attended).

MFA vs. NYC is a discussion predicated on several markers of privilege. Both of these so-called routes to a writing career are institutions to which minorities have an uneasy relationship. The discussion around inclusion in publishing has received encouraging attention in the past few years, since the organization VIDA: Women in Literary Arts published its annual count of the number of women in mainstream literary publications in 2010. The writer Roxane Gay performed similar duties on her own, by tallying the number of reviews of books written by writers of color for The Rumpus and The Nation. In 2013, having surveyed four major outlets, the percentage of writers of color reviewed ranged from 8.7-12.9%.

Though little research has been done on the topic, anecdotally, MFA programs tend to be similarly non-diverse environments. They are extremely selective, and admissions are based on such historically discriminative categories as standardized test scores, academic records, schools attended and, again, publication. Even once a student is accepted, the cost of relocation (including child care for applicants with families), the opportunity cost of taking time out of work, high tuition, and low stipends from funded programs, all form barriers to entry for many.

Combined with the empirical issues that plague our communities in America, the limited conversations taking place within the literary landscape prompted us to create Apogee Journal. As Junot Díaz discussed recently in his introduction to Dismantle: An Anthology of Writing from the VONA/Voices Writing Workshop, literary spaces both in NYC and in MFA programs remain homogenous and hostile to discussions of privilege. Outside of academia, the deaths of Trayvon Martin and Jordan Davis, the unjust incarceration of women of color like Cece McDonald and Marissa Alexander, the growing influence of a prison system that profits from the perceived criminality of men of color, widespread violence against LGBTQ members of society like Islan Nettles, and the denial of rights to migrants to the U.S. are all stories that mobilize us and our contributors. These stories constitute only the most visible cases of systematized injustice.

Literature and politics do not have to be separated. Indeed, as writer Kiese Laymon recently argued, choosing to separate politics from literature is a function of privilege. This issue of Apogee represents our commitment to push literary conversations beyond the status quo. Like our previous two issues, Issue Three aims to highlight inequalities in the arts and society more generally. We are particularly proud of the diverse writers and artists presented here. David Mura’s dissection of gender roles in the gay and lesbian world; Chinelo Okparanta’s gaze at colonial legacy; a special reprinting of an excerpt of late, great academic José Esteban Muñoz’s book Cruising Utopia; an interview on race with journalist-adventurer Rich Benjamin; and the poetry, fiction, creative nonfiction and visual art of a number of diverse and engaged artists and writers all represent our effort to give voice to, and to celebrate, perspectives that the mainstream literary world marginalizes.

We believe in equality in publishing, and in the world beyond. We invite you to join us in this dialog.

On behalf of the Apogee Team

Interviews
Respecting the Pain of the Poem 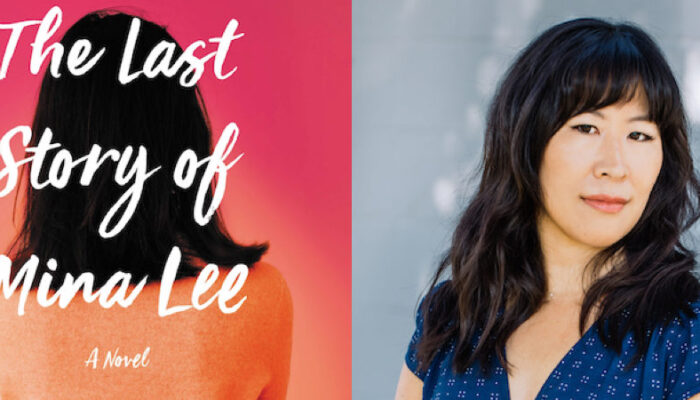 Interviews
Motherhood, Writing Out of Stereotypes, and LA’s Koreatown