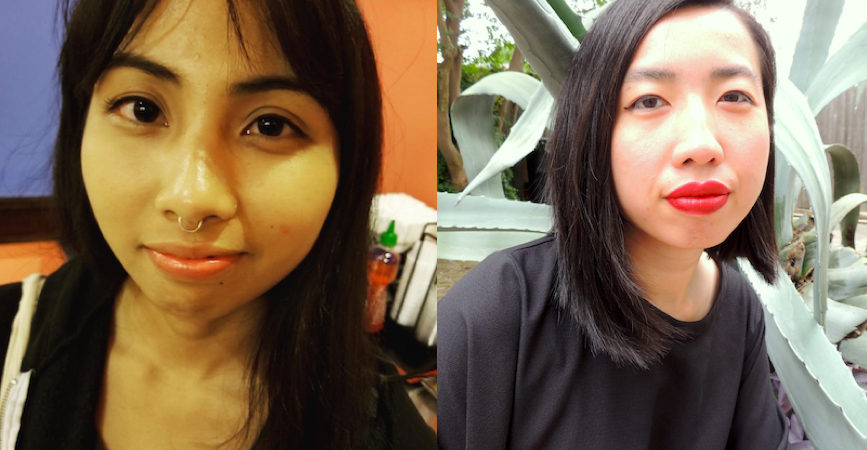 On Empire: Muriel Leung in conversation with MT Vallarta

We Outlast Empire is a recurring series which aims to highlight poetry that explores the many angles of our current global and political situation. With words, we hope, we may transmute a part of ourselves—a part however small or large—that can exist without drawn borders, without violence, without injustice. Poetry Editor Muriel Leung speaks to MT Vallarta about MT’s poem, “Empire is a black hole:”

Muriel Leung: As a current ethnic studies scholar and poet, I’m interested to know how you view both practices as part of your everyday life and work. How does your scholarship influence your poetry and vice versa? Is “Empire is a black hole:” exemplary of that influence?

MT Vallarta: “Empire is a black hole:” is definitely constitutive of this influence. At the beginning of my Ph.D. program, I struggled heavily with merging my art and scholarship, and it got to the point where I did not write poetry for an entire year. I felt I lost a significant part of myself and after this realization, I pushed myself to create in any capacity, and “Empire is a black hole:” is a result of this struggle.

In addition, I view both scholarship and poetics as epistemological sources. In the Western academy, we have a very binaric view of knowledge, where scholarship is viewed as objective enlightenment and logic, while poetics is associated with the subjective, the emotional, and even the impulsive. I aim to disrupt this binary, and also demonstrate the significance of the emotional, the vulnerable, and the knowing we can gain from feeling. Doing research isn’t always a logical pursuit; sometimes digging through the archives or even browsing through Google searches leaves me with less clarity about my project and I have to stop and think about what I am feeling, why I am feeling, and how these feelings are a source of knowledge about the myriad ways empire can affect and disrupt us.

ML: In “Empire is a black hole:” you blend found text with original poetic content in a whirlwind of information that seems to complicate what we would constitute as historical fact. Could you talk about this process and its significance to the poem’s critique of U.S. imperialism in the Philippines? What does this poetic process do for the poem that traditional scholarship could not do alone?

This whirlwind of information is representative of the various evidences we use to critique imperialism. I’ve always felt some discomfort about solely using primary sources as “evidence,” because the notion of a primary source is already steeped in institutional and epistemological gatekeeping, where someone else with power and privilege decides which voices, perspectives, and experiences can count, while everything else that does not fit this criteria is not representative of truth. I use a myriad of sources in this poem: interviews, periodicals, and even Wikipedia, because I believe that we can find truth and evidence in even the most subversive sources.

I am still working on this, but this poem was also my attempt to integrate the personal with traditional scholarship—to situate and place myself within my own research. I’ve always been taught to distance myself from my academic writing—to not even use “I” in my essays—and this has always bothered me because as the child of immigrants and as someone who grew up in a working-class community of color, what I know and how I conduct my research is always implicated in my experience. With “Empire is a black hole:,” I wanted to demonstrate how we can situate the self in scholarship, in scholarly evidence, and that my poetic self is still very much present when I conduct research.

ML: There’s a lot of critique of the conceptual art practice of using found text and their appropriation, but I find that your take is actually quite subversive and uses these methods to point to areas of historical erasure. What are some political ethical concerns you had with this artistic exercise? What gave you caution and what did you hope to elide?

MT: I was concerned that people would assume I was plagiarizing or stealing, which is why I included the footnotes. I also included them because I wanted to declare, “Hey look, poets can do rigorous research too! Check out my sources!” which is, again, evidence of my frustration with epistemological gatekeeping.

I was also worried that, due to the plethora of sources, this poem would be difficult to understand or excavate meaning from. I don’t doubt that this poem will make people feel—but I was concerned about voice and whether readers would be able to recognize and distinguish the multiple voices speaking and being appropriated in this piece. But then again, part of me wanted these voices to be indistinguishable, to represent how difficult it is to excavate truth when studying and navigating through the realities of empire. I also wanted to demonstrate how simply recovering these truths is not always a solution to historical erasure because knowing does not always lead to healing, and recovery—or how we view recovery in the academy—oftentimes does not account for the personal traumas and experiences that may be triggered. This is the “black hole”—sometimes the closer I get to finding some sort of truth, the more I get trapped in this painful vortex of empire and its manifestations.

ML: The poem concludes with a fragmented list of gendered labor and stereotypes of Filipinxs: “the priestess,” “the prostitute sailor,” “the lady who cleans toilets in my dorm,” and finally “my mother.” What is behind naming these various figures and what do they mean to you? What happens when the anonymity of these figures gain a more intimate relationship through the declaration of “my mother” towards the end?

MT: I wanted to name the ways Filipino women are predominately represented, both in the mainstream media and even in resistance movements. Filipinas are heavily stereotyped as domestic and sex workers while on the other hand, Filipinas have found empowerment through the precolonial figure of the babaylan—the indigenous Filipina priestess. I wanted to demonstrate how even positive and badass representations of the Filipina can take part in essentializing the Filipino woman, particularly essentializing what it means to be a “decolonized” or “woke” Filipina, while also appropriating indigenous Filipino culture for the sake of personal empowerment. My favorite “stereotype” from this list is actually the prostitute sailor—it was inspired by Kale Fajardo’s Filipino Crosscurrents, where he reveals that on the 16th century Spanish galleon ships that sailed from Manila to Acapulco, there were sex workers who provided companionship to sailors. This fact really intrigued me because it demonstrates how gendered labor is both constitutive of and erased under empire. Some Filipina activists may be quick to pinpoint this reality as “negative” and situate it as further contributing to the racialization and sexualization of Filipinas as always sexually available to those in power, but I think it’s so much more complex than that and I attempt to allude to this complexity here.

“My mother” is, again, a move to bridge the personal with my scholarly inquiries. I think the intimate relationship actually begins with “the lady who cleans toilets in my dorm,” which is a reference to my experience dorming at UC Berkeley as a first year, where I was the only low-income, womxn (then I identified solely as a womxn) of color on my floor, and I realized that the only person I could relate to in this setting was the womxn who performed janitorial duties for my dorm. That was a very alienating point in my life and with this line, I wanted to allude to the fact that the remnants and/or subtleties of empire are still very much present in university life. The minimal presence of low-income, womxn of color in universities and the ongoing domestic and reproductive labor these womxn are required and positioned to perform under the university’s walls are symptomatic of U.S. empire and the way gendered labor is maintained and utilized to support this system.

ML: What do you hope the takeaway for this poem would be for readers?

MV: I hope readers will see that there are infinite ways to study and research empire and that knowledge production is not restricted to those in academia. I hope the confusion and lack of clarity this poem incites is productive and pushes readers to interrogate and investigate the information I provide, as well as the other contradictions, injustices, and possibilities for transformative change in their lives.

We paid our highest contributor fees yet to the incarcerated writers & artists in @ApogeeJournal Inside Out.

One contributor wrote me that this $ allowed them to buy holiday gifts for his daughter.