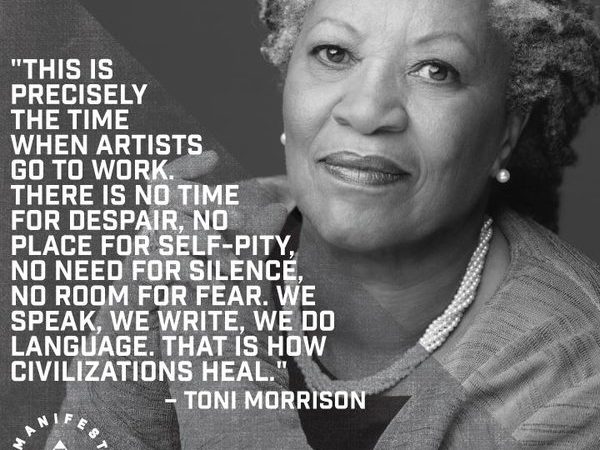 Editor’s Toolkit For Resistance and Resilience

We stand with and for the struggles to end white supremacy, homophobia, Islamophobia, misogyny, xenophobia, transmisogyny, ableism, and patriarchy. We seek to empower, support, and defend artists, activists, and intellectuals who interrogate, subvert, and dismantle these pervasive norms.

We believe in art and literature as tools of resistance in times of strife. In her 2015 essay in The Nation, Toni Morrison recalls a conversation with a friend after the 2004 re-election of George W. Bush. Morrison is feeling despondent; unable to produce creative work, and her friend tells her, “This is precisely the time when artists go to work–not when everything is fine, but in times of dread!”

Our belief in the power of art to heal and empower compels us to offer this incomplete collection of resources–literature, arts organizations, and arts spaces doing work to create community, care, and resistance. We hope you’ll write us with more resources to add to this list, which we’ll be updating weekly, at editors@apogeejournal.org. We see you, we love you, and your voices matter.

NONFICTION
Toni Morrison, No Place for Pity, No Room for Fear (The Nation)
James Baldwin, Letter from a Region in my Mind
Zadie Smith, Speaking in Tongues
Caryl Phillips, The Atlantic Sound
Kiese Laymon, What I Pledge Allegiance To
Ocean Vuong Interview with Kaveh Akbar
radhiyah ayobami, what we volunteered for
bell hooks, Feminist Theory: from margin to center
Margo Jefferson, Negroland
Toni Morrison, Playing in the Dark
James Baldwin, The Fire Next Time
Richard Rodriguez, Brown: The Last Discovery of America
Vievee Francis, Forest Primeval
bell hooks, Teaching to Transgress
Assata Shakur, Assata: An Autobiography
Moustafa Bayoumi, How Does It Feel to Be a Problem?: Being Young and Arab in America