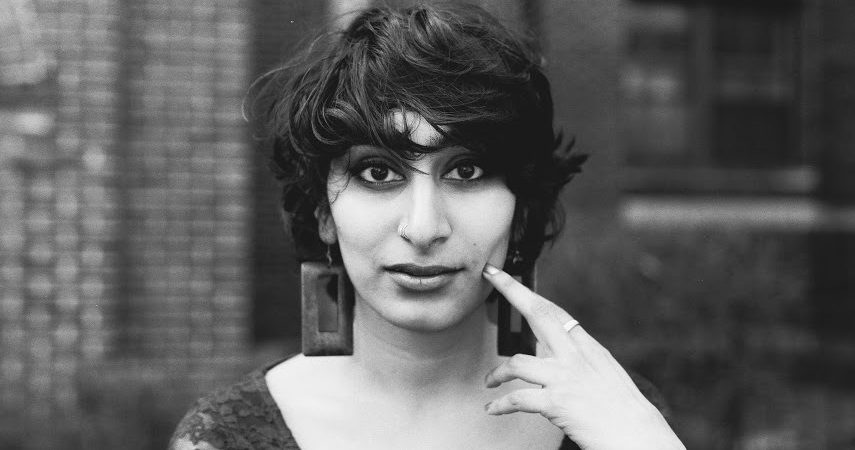 Apogee Journal [AJ]: We often think of writing as a solitary, individualistic process. Yet we find many writers and editors dedicated to creating community. Dark Noise Collective and Kundiman are two such communities that you’re a part of. What does community mean to you as a writer?

Fatimah Asghar [FA]: Community has always been a huge reason why I write. I started writing when I wrote Harry Potter fan fiction online– but that was all shared and built upon in community, by people who I didn’t know but would write with to create full stories. When I started writing poetry it was because I joined a spoken word club at my college– the reason I wrote and returned every week was to be in community with others. I do a lot of different art forms and think of myself as an artist who works in the medium of community. That’s what lays at the heart of my artistic projects and practice, is building moments of connection, small enclaves of brave space where we can see each other as whole, human, real.

AJ: The events of the past month have put violence front and center in our consciousness–from the fatal police shootings here in the U.S. to the recent attacks in Dhaka, Baghdad, and Istanbul. What do you see as the role of writers in engaging with or responding to violence?

FA: I believe all art is political. I believe it is the artists’ duty to combat injustice wherever we see it. I believe a lot of the violence that we see in the world is tied and related, and that we must build solidarity to effectively combat these violences together. My collective, Dark Noise, we are always talking to each other. It’s been an overwhelming few weeks and we’ve been trying to figure out what we can do as artists, as writers, and we have been working to put out some of our thoughts into the world. We issued a Call For Necessary Craft And Practice as well as a document about How Writers Can Join The Fight Against Police Violence.

AJ: What books, poems, essays, or stories do you go back to again and again without getting tired of them?

AJ: What two or three authors would you add to a list of required reading?

Alejandro Varela discusses how his upbringing and public health studies illuminated his debut novel "The Town of Babylon." @drovarela spoke with editor @watsonlexis about the book and the imperative to engage ethically in community. Read here! http://ow.ly/tbEn50K98j6

For August 2022, Apogee Journal will be participating in the #TheSealeyChallenge, a month-long poetry reading goal of one new volume each day. Read with along with us, and check out the list below of suggested books by Apogee contributors!
https://apogeejournal.org/2022/08/01/august-with-thesealeychallenge/