Saleem Haddad’s recently published debut novel, Guapa, is the story of a twenty-something-year-old gay man named Rasa living in an unidentified Arab country, trying to carve out a life for himself in the midst of political and religious upheaval. The novel is set over the course of twenty-four hours, on the day that Rasa’s grandmother, the woman who raised him, catches him in bed with his lover, Taymour.

Here, literary translator Thoraya El-Rayyes talks to Saleem about Arab sexuality under the Western gaze, chain smoking grandmothers, and writing a novel in the midst of the Arab Spring.

Thoraya: A few weeks ago, I had the misfortune to come across an article in The New York Times with the headline The Sexual Misery of the Arab World by an Algerian writer, Kamel Daoud. He wanted to inform the Generic American Liberal (or whoever it is that reads the NYT) that “sex determines everything that is unspoken” in the Arab world. Everything.

The article even came with the obligatory illustration of a veiled woman with her eyes cast downwards – you know, just calling out for the white reader to save her. Sometimes, it seems like you can write any old shit and get applause from a Western audience if you play along with this role of ‘native informant’ – putting on a peep show into some caricature of ‘Arab sexuality’ (whatever that is). When I was reading Guapa, I felt the narrator was always under this suffocating Western gaze – looking for sexual freedom in America but finding himself trapped in his brown skin, or translating for Western journalists who write the global narrative about his country without even having to speak the local language. Am I projecting my own neuroses onto your novel?

Saleem: In the Arab world, those of us on the margins often face a dual struggle: battling oppressive forces within our own communities and also resisting the global narrative that tries to use our  ‘oppression’  to achieve broader military or political goals. For Rasa, his voice and sense of self is constrained by the conservative society and stifling politics in his country, as well as the dominant narratives about ‘Arabs’ and ‘Muslims’ created in the West for the purposes of foreign or domestic policy. We see this in the justification for bombing Iraq and Afghanistan, in calls to ‘liberate’ Arab and Muslim women, and in the more recent representation of young male refugees in Europe as sex crazed criminals, in order to push through stricter immigration policies.

In a lot of western human rights discourse, the focus tends to be on highlighting homophobia and patriarchy within Arab societies, and less on the negative role played by western media and governments in either supporting these patriarchal forces, or in demonizing Arabs and Muslims. So there’s a genuine fear by those of us on the margins that speaking out against homophobia and patriarchy within our own societies might feed into this broader, imperial narrative. But I don’t think it’s useful to focus on one issue and ignore the other, because queer Arabs are just as harmed by these anti-Arab and anti-Muslim narratives as they are by homophobia within their communities.

The challenge then becomes how can marginalized voices be heard, and challenge patriarchal structures in the Arab world, without aligning themselves with these Western narratives? From my own personal experience, the first time I lived in a Western country was very traumatic. Living in the Middle East all my life, I had never really noticed my ‘Arab’ identity, but when I moved to North America, the way North Americans reacted to my Arabness, with a mixture of suspicion and awe, was the complete opposite of anything resembling emancipation. So writing about the suffocating effect of the ‘Western gaze’ became inevitable, especially because I was writing in English. I wish I could say that I wrote without an awareness of my audience, but that wouldn’t be true. The fact that book would be read by a western audience had a very paralyzing effect on my voice. I was concerned that as an Arab writer who wanted to write honestly about sex and sexuality, I may be feeding Western narratives that were harming people in the region. I was terrified of being seen as an informant who was ‘betraying’  my people, but I also felt it was wrong to let this fear stop me from writing about things I felt needed to be openly discussed. In the end, I realized that the only way I could do this would be to create complex, multidimensional characters, and shine a mirror both on Arab societies and Western societies. In that way, my novel speaks to both Arab and Western audiences about both the Arab world and the Western world, rather than just speaking to English-speaking audiences about the Arab world.

Thoraya: I also wanted to ask you about Teta, the grandmother in Guapa who catches Rasa in bed with his lover at the beginning of the novel. She is this chain smoking malcontent whose life revolves around petty neighborhood gossip and keeping up appearances. She is also my favorite character. You told me earlier that she seems to be everyone’s favorite character even though she spends much of the novel relentlessly policing Rasa’s behavior and trying to make him ‘respectable’. Why do we like her so much?

Saleem: It’s very difficult for me to answer this question because I genuinely like all of my characters. I think people like Teta because we see her through Rasa’s eyes, and despite his frustrations with her, ultimately he loves her more than anyone else. And despite Teta’s harshness, she also loves Rasa, and a lot of her behavior-policing stems from her genuine belief that she is protecting Rasa from harm – so in a way it’s driven by love. But maybe the better question would be to ask why Teta was your favorite character?

Thoraya: She is an exquisite portrayal of the women in our grandmothers’ generation. Palestinian grandmothers like mine, but also so many women who survived the patriarchy by pretending to be submissive for most of their lives, even though behind the scenes they are engaged in this constant drama of manipulating their fathers and husbands. When they get older and gain the authority that comes with age, they can drop the pretense of weakness. It must be quite liberating. Teta is just so perfectly that, especially when she sits in the living the room in her pink nightgown berating the people on television. And of course, the television is always playing in the background of all this domestic drama: newscasts about terrorism, protests, street battles.

Saleem: Your analysis of Teta is so on-point, and I think you touch on something that I wanted to do with the female characters in the novel, which was to show how patriarchy has influenced how they perform, socially, in different ways. There tends to be this very one-dimensional view of patriarchy in the Arab world that highlights this single image of an oppressed woman: women become this object of oppression and are stripped of agency. The reality is that women react to patriarchy in different ways. For instance, as you mentioned with the Teta character, but then you also have a character like Leila, Rasa’s college friend in the novel, who on the surface presents herself as a strong feminist, but underneath has internalized much of the discourse around the need to “find a good husband and settle down.”

Thoraya: When were you writing all this? Did the news you watched while you were writing filter into the novel?

Saleem: I wrote this between 2011 and 2014. The idea for Guapa came to me in September 2011, while I was bumming around my friend’s beach house in Morocco. The Gaddafi regime had just fallen, the Arab revolutions were in full swing, and as I watched the ten-year commemoration of the 9/11 attacks on television, I began to reflect on the impact of the last ten years, not just on my own life, but also on the world more broadly. Suddenly, the parallels between the political and the personal came together in the form of the relationship between Rasa and Taymour: these two lovers who react to their sexual and political identity in heart-breakingly opposite ways. While writing, I was also working for an NGO with a focus on the MENA region, so I would often write early in the morning in hotel rooms in Amman, Beirut, Sana’a, Tripoli, Cairo or Istanbul. The novel became my way to process everything that was happening around me: the sense of hope I had, but also the emerging contradictory feelings that arose in me as I watched events develop: how I wanted to fight for freedom and justice in the region, and yet felt so conflicted upon realizing that fighting for freedom and justice involves listening to the perspective of those who refuse to acknowledge that someone like me, a queer Arab, could exist. I was also made aware of my own class privilege, and how that had shaped my politics and views on life. Before the revolutions, I, like many Arabs of my social class, lived in a bubble. But being exposed to so many different perspectives: from youth activists in tribal areas of Yemen, to Amazigh women rights activists in Libya and hardline Salafists in Egypt, was a major wake-up call for me. So I tried to process all these contradictions through Rasa’s role as a flâneur. Writing this was a way for me to confront and better understand the contradictory and somewhat hypocritical feelings that were arising in me as the revolutions developed.

SALEEN HADDAD was born in Kuwait to a Lebanese-Palestinian father and an Iraqi-German mother. He is an aid worker, researcher, and writer of both fiction and non-fiction. His debut novel, Guapa, is out now from Other Press.

THORAYA EL-RAYYES is a Palestinian-Canadian translator who brings literature from the Levant into English. Her translations have appeared in various publications including World Literature Today, Apogee, The Literary Review and CutBank. Her award-winning translation of Hisham Bustani’s The Perception of Meaning was recently published by Syracuse University Press. 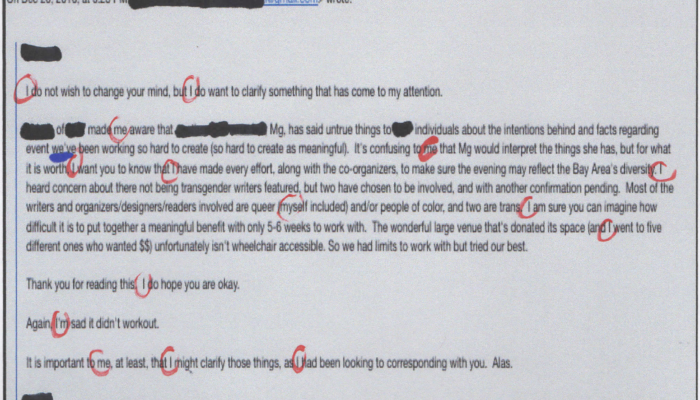 Poetry
A Poem by Mg Roberts 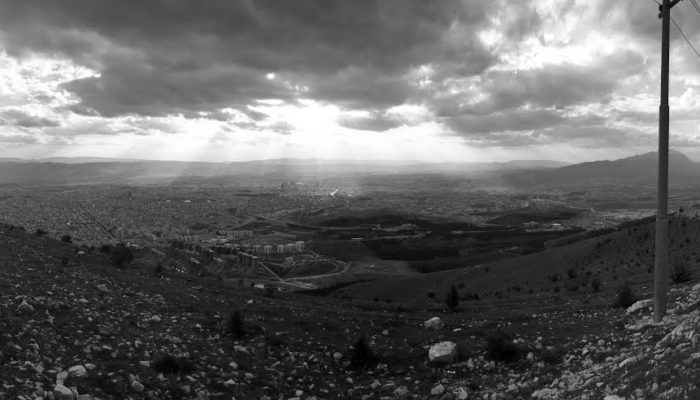