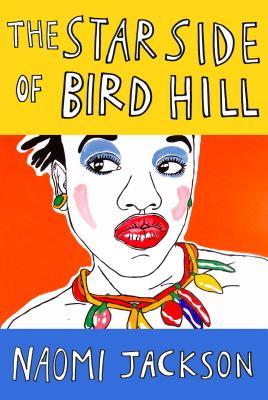 In Baltimore, some nights, on some strips, even the the shortest walk can seem eternal. I make my way to a friend’s birthday, eager yet freezing. From around the corner, a throng of young brothers materializes like baddies in a 16-bit video game, and my thought-plane is tilted on its axis. I’m no longer thinking about how cold it is, or how pumped I am to see old friends for the first time in a while. I’m thinking about whether I should cross the street. Then, seeing that construction has the entire opposite side of the street blocked off, I hate myself for even considering lunging into traffic to “escape the horde.”

The kids (and by now I’m close enough to see that they are in fact just kids) draw closer, and I comfort myself with the thought of Dave Chappelle’s bit about how he crosses the street when he sees a group of black males approaching, co-signing on my self-loathing bullshit. More than anything else, as much as I’d rather not, I think of the Medium piece by fellow Baltimorean Tracey Halvorsen, wherein her frustrations with rampant violent crime (and high property taxes to boot) in the city, sadly, perpetrated all too often by Black youths, come off as little more than White Fright, post-American self-centeredness, and diffusion of responsibility run amok.

Why do I feel this way? Tangled up, on fire. Is it because there have indeed been attacks, murders even, in scenarios not unlike this one? Is it my father’s distant yet constant reminder that if I look like a victim, I become a victim — that “V” word pinging around in my head like a ricocheted slug. Before I know it, I’m walking directly through the crowd, chest out, in full Tupac Terminator mode, stride steady, with sharp eyes and measured breathing. Finally able to cross the street, I keep them in my peripheral. My desire to not end up a statistic outweighs my desire to be fair.

But in the day that follows, looking back, I was more Schwarzeneggeresque than I originally estimated. Cold, calculating, not so much fearless as heartless. That night before on Franklin St., I wasn’t thinking about whether those boys were as afraid of me as I approached, or that they were all some mama’s baby. I am reminded, sourly, that on nights like this, for all too many, I am what I fear.

Am I left to think that whereas my white counterparts are asked to check their privilege, I am forced to be OK with the fact my white neighbor’s guest damn near jumped out of her skin when I emerged unexpectedly through our courtyard gate, cuz ya know?

In her piece, Halvorsen fires off a succession of the things she is “tired” of, what with being stranded in the nightmare that is Baltimore, with “hearing the police helicopter circling overhead every night,” and “being surrounded by drug addicts” among other things that grind her gears. But I suppose, I’m tired too. Tired of my people being used as the boogeyman, punchline or lowest common denominator in today’s entertainment. I’m tired of the addiction and cycle of crime and “un-American” poverty that corrodes the fabric of black and brown communities being seen as a mere nuisance to those establishing a beachhead in some white-washed urban paradise-to-be.

I’m tired of having my heart leap out of my chest when a police cruiser slides into my rear view, the visions of meeting an end like Michael Brown, Eric Garner and so many others like them seeming to be a very real possibility, even when I’ve done nothing worse than 80 in a 65. I’m also tired of having to make myself known when entering an enclosed space with a white stranger, so as not to hit a fear center most would be ashamed to even admit having. This nation’s battle record in the trenches of race is a testament to the harm fear can do when love is called for. In a true highlight of the piece, Halvorsen states bluntly, in block quotes, “I’m tired of being looked at like prey.” Well so am I Tracey. Or more so, a predator so dangerous that he must be regarded as prey so as to maintain the safety of the flock. And in a town where more than 35 people have been shot in the span of a recent week, six of them fatally, one being 3 year old Mckenzie Elliott, it’s fair to say we’re all tired of the violence and fear borne of a vacuum of opportunity and hope.

As a kid, when I’d become aware of what I perceived as others’ fear of my unforgivable blackness, I felt the unmistakable sting of otherness. To cope, I reconfigured that pain. “Yes, this could be advantageous,” thought punk-ass, teenage, lunch-money-seeking me. Yet maturing, understanding the depths of this sinister game of fear, the child’s play ceased. Over the years, there was only so long that I can carry on thinking the purse-clutching and car door locking is only in my head. The residual effect of these touchstones of pain has been a lingering confusion, with flashes of anger and self-loathing, and in the end, a galvanized, positive sense of self that I can admit continues to grow.

In the past year especially, white peers have lobbed the ‘How are you not mad all the time?’ query my way, as though there’s some sort of handbook with a hard and fast answer. Although I know it comes from a place of love and concern (if not a little bit of bewilderment), my rougher core wants to shoot back something like, “Given the course of human history, how are you not sad all the time?” But there’s that fear vs. love thing again. When we get down to it, I’m not mad because it’s in my blood to “just deal.”

Surely, “black privilege” has been bandied about by conservative blowhards and by the very possessors of the totem alike, a dubious toolkit to be wielded at one’s own peril. At the other end of the peanut gallery, the bellicose conservative mouthpiece will scream from the hilltops (as long as there’s an audience and ad revenue involved) that my black privilege can be seen every day in the admissions processes of our nation’s colleges and universities, or in the tooth-and-nail grind of the still- testy job market.

Lil’ Limbaugh will argue that my ability to “play the race card” is an unfair advantage, a dirty trick in this “post-racial” America someone keeps squawking about. America’s Sweetheart also asserts that I’m privileged to have an entire month during which to celebrate my history (“They oughtta change Black History Month to Black Progress Month and start measuring it”). Or, remember when Nixon said that we were “gifted” with athletic ability, but, “… when you get to some of the more shall we say profound, rigid disciplines, basically, they have a hell of a time makin’ it. … In terms of good lawyers, even though a lot of them go to law schools, I mean, it is not really their dish of tea.”

But what exactly does that mean for me, in an age of Stand Your Ground, Three Strikes and Stop-And-Frisk? A mind too often made cynical, hateful even, by sporadic, yet highly publicized recent, fear-fueled killings of black youths not much unlike me by errant, poisoned souls tells me that I am something to be legitimately feared. Thus, when I see myself in others, in a group of black boys walking my way on a cold night, in that brother standing in line behind me just a little too close for 3am at the gas station convenience store, the toxicity of fear corrodes my being and cuts me off from my fellow man.

The same way it cannot be simply an ability to “play the race card” to gain dubious victories over my white counterparts, black privilege also can’t just be about how cool it is that so many, for so long have wanted to emulate black style or creative expression, from the birth and inevitable co-opting of the first jazz and blues, to the race music of the 50s, to the Miley/Bieber/Iggy dogpile of “Columbusing” of the last few years. Atlantic Records founder Ahmet Ertegun’s point about black music being the most widely copied on earth has rung true through the decades, and things seem to be more egregious now than they’ve been any time since the mid to late ‘60s. This trend is unequivocal evidence of the African diaspora’s proud, solid contributions to contemporary music. Additionally, black privilege is not the right of a historically oppressed people to stoop to the chicanery, hatred or fear-mongering of the oppressor, as those preaching hatred of any color or creed are spiritual adversaries to the cause of love and unity.

In the face of the failed justice seen in the trial of Michael Brown’s character, the recent acts of police brutality against John Crawford, Eric Garner, and numerous others, as well as the George Zimmerman and Michael Dunn trials, it becomes clearer to me what exactly black privilege is. For me, my privilege is a silver lining resiliency, a mental toughness whose bedrock was laid down centuries ago by ancestors who lived more hell in twenty-four hours than I will in a lifetime.

Through the cascading pain and injustice dealt us, and through all the shit we’ve put ourselves through worshiping false idols in innumerate forms and complexions, we have built a spiritual fortitude that must be tapped into to not only to survive, but to thrive. It is an unshakeable pride in one’s self, one that must be rediscovered on a daily basis most times. And for many of us, it is a knowledge of “both” worlds, that world of comfort and safety and as close to a sure thing as one can come, and the world of grinding, grinning and bearing, hoping against hope, and growing in between the cracks in the surface of a hardened exterior.