Cecca Ochoa (CO): Being a non dance world person, I am totally blown away by what I am presented with when I go to see dance. Could you explain what dance is now?

niv Acosta (NA): I don’t think that I know all of the answers to that question. So if I were going to answer that question, I’d say it is my opinion that dance is less bound by historic definitions. By that I mean it’s a bit more of an amalgam. There is still the kind of dance that everyone knows and is comfortable with, and that lives in the genre of uptown dance. That’s ballet, Alvin Ailey, Paul Taylor, Martha Graham. Then there’s downtown dance and that has had many decades of history. It has a context. However, I feel like the work that my generation is doing is pushing another boundary. Our dance is hugging the margins between visual art, sculpture and performance art. I think some people would call my work performance art and some people would call it dance art and some people would call it performance art based on dance.

CO: What would you call your your work?

NA: Depends on who I am talking to, but mainly, I call myself a dance artist. I relate to this term as a way identifying not exclusively as a performer but also as a creator.

CO: What are some of the major elements that you work with as dancer/ creator?

NA: I study voguing which comes from black male queer culture. However, this kind of black masculinity is extremely effeminate, yes there’s drag, yes there’s an accepting of the hyper-feminine.  Voguing presents a real spectrum of masculinity that I relate my own gender to. In fact that’s how I tell people I gender identify: Voguing. If I were to say that there’s any technique that I pull from that’s what it is.
I also work with the concept of spectacle. Spectacle is the first thing that happens and then there are all the layers that hide behind the spectacle. I try to push those hidden things to the forefront. In performance, I get to do what I want to do and the audience has to sit their and watch me. The audience has to ask themselves many questions and they have to figure out what their relationship to me, or the people on stage, is. Hence why I feel like I could classify my work as activism.

CO: You’ve been working on a series?

NA: I’ve been working on a series for the last four years, called the denzel series, and I just ended it in January with my show at New York Live Arts. I worked on that series intentionally as a series, and it comprised of six incarnations. The final one that I presented in January was called i shot denzel. It references I Shot Andy Warhol and the SCUM Manifesto. I was also just playing with the idea of killing a celebrity- the romanticizing and internalizing of it. I read some snarky title in the New York Times recently that said to survive you have to kill your own inner movie star, or something like that.

NA: No, Denzel is not my inner movie star. I wouldn’t describe any part of me as a movie star. Denzel is an archetype for black masculinity and mainstream media. He’s not alone there’s Morgan Freeman, Terrance Howard all the other beautiful black men in Hollywood. I think there’s an element in this series that is paying homage to their contribution, but also I am trying to highlight Black masculinity as something that feels really different then white masculinity.  All the roles that Denzel, for instance, has played are all very type-casted. I was thinking about the amazing resilience it must take to play roles for your entire career that are type-casted and yet continue to bring this sensitivity, this kindred feeling, to each.
All of this investigation aligns with my transition from female to male and starting to pass as a man. To go from being read as a black woman to being read as a black man- it is a crash landing. You can’t really finesse into that situation. All of a sudden, you are on the top of everyone’s kill list, there are such intense politics around black masculinity. I was feeling very protective over the identities of these black actors I was researching. The work became about hyper- analyzing myself and allowing Denzel to be the context to either lean into or challenge.

CO: What was the arch, or the evolution, of the denzel series?

NA: The series started as denzel and denzel prelude. They were both solos that I showed in tandem. When I opened that chapter in my life I was just coming out as trans and figuring that out in performance. I was establishing what my gender was through movement.  I did some voguing and some drag. The works were based on a response to the trailer for the film Glory. It’s a stunning trailer. The music is O Fortuna Empress which is an orchestral- choral fanfare. A narrator saying the actors names, “Matthew Broderick” and “Denzel Washington” and “Morgan Freeman.” And then there’s these images of these groups of black men marching in a rhythm that is opposing the music, there are these beautiful black men having this poly-rhythmic experience with historically white music. I thought that was an interesting mash-up. The movie itself is based on a real life, all black platoon in the civil war who got  put on the front lines at Fort Hamilton. They got hardly any training and basically they were all killed.   Society has invisibilized these experiences, and this is how we are fed them through these Hollywood bonanzas: We are these strong black men, going to fight for America. The whole movie is just a build up to their deaths. It’s a spectacle that hides the real story.
The next few incarnations were sort of about my relationships with people. I was really sinking into my queer identity and reckoning with my black identity. It became important to dig into my own historical references. So, I started working with my Mom. It seemed like a natural path, if there’s anyone who knows me better than me, it’s my Mom.  She’s a really talented and artistic person so it wasn’t too much of a stretch. I wanted to celebrate our relationship. We sang songs that we both knew together. She says that she wants to spend more time with me and that’s why she does my work, but I also know for a fact that she loves to sing in front of people.
By the end of the series, I was really starting to fold back into myself. I wanted to have the solo experience again and to create another Denzel. I worked on it for about a year and a half in complete privacy. When I was offered the show at New York Live Arts I decided it was time to put on a production.

CO: I am really interested in this idea of the spectacle and also of the audience having to define their relationship to you, could you talk about this more? And, I’m curious if there is a reverse to that also. Do you have to define yourself in relationship to your audience?

NA: I have different feelings every time that I perform Denzel. The main question that I use to define my work during this series was still- what is Black Masculinity in performance?  But also- how can I be queer, how can I be trans, how can I be black in performance without compromising myself? It’s interesting what these questions can do to the work.  By performing and identifying the way that I do, it is a political act. I have to acknowledge that and realize that it is something that I will never escape and a lot of people like me will never escape. It’s territory that needs to be navigated, and it is often hard not to be overwhelmed by everyone’s expectations of those categories and the audiences expectations of those categories.
In terms of the audience having to identify themselves in relationship to me, the performer, it really depends on the audience. The reactions that I have received are very different depending on if the crowd is mostly queer, or mostly african-diaspora, or mostly dance world. One show that I did, denzel bathtub, was awesome. The funny part about the audience was that they did everything that I asked them to, they fell into all of the traps. People were laughing uncomfortably at certain points and other people were laughing at points that were genuinely funny. Some people were laughing while I was voguing, like “ha, ha that’s so funny, why are you dancing that way?” I think some people laugh out of feeling uncomfortable, some people laugh because they think they are supposed to be laughing, and some people laugh when they find something actually funny.

CO: When you say “traps” can you explain what it is you are doing?

NA: Well, in denzel bathtub, I intentionally made some things that were funny and some things that could be perceived as funny, but I wasn’t thinking of them that way. Really, I was setting myself up and the audience up for a decision making process. When you are sitting and watching a piece happen you are making decisions to see something a specific way. I hoped that if people were laughing they would ask themselves why it was so funny. The ideal conclusion to that question would be that they are laughing at something which is historically funny, right? A black person performing “funny” movement.

CO:One last question. Now that Denzel has been shot and that chapter is closed, do you know what you are doing next?

NA: Yeah, I have started researching a new project. It doesn’t have a title yet. I’m looking at where Sci-Fi intersects with race, astronomy and Disco. I am really excited about it. Disco music had this futuristic vibe to it.  I’m thinking about it as a soundtrack to Sci-Fi.

niv Acosta is a brooklyn based artist born and raised in washington heights manhattan. niv is 25 years old, dominican and transgender. niv has presented his work at various events/spaces including Pieter Performance Space and Human Resources in Los Angeles, The Community Education Center in Philadelphia, at New York Live Arts for the world premiere of i shot denzel, AUNTS residency at The New Museum, The Tank and Danspace Project in Manhattan, Brooklyn Arts Exchange and Center For Performance Research in Brooklyn, and MOMA PS1 in Queens. he has/is worked/working on projects with Vanessa Anspaugh: we were an island, Ralph Lemon: An All Day Event. The End and Moving Theater: Reusable Parts/Endless Love all at Danspace Project at St. Marks Church on the Bowery, Larissa Velez-Jackson: Star Crap In Progress at CPR, Ishmael Houston-Jones in Eyes, Mouth, and All the Rest: Surrendering to the Desire of Others in Dancer Crush at New York Live Arts, Hilary Clark’s Studio Series at NYLA, iele paloumpis’ Give It, Take It and you’re on your own, Phialdelphia Dance Projects, and Deborah Hay at MOMA midtown. www.nivacosta.com 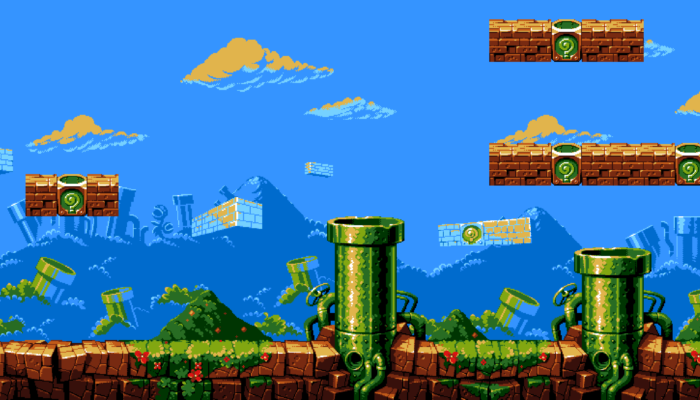 Poetry
Publish, Perish, Other: A Talk-Back (Part 1)
The Hard Truth: An Interview with Jerald Walker