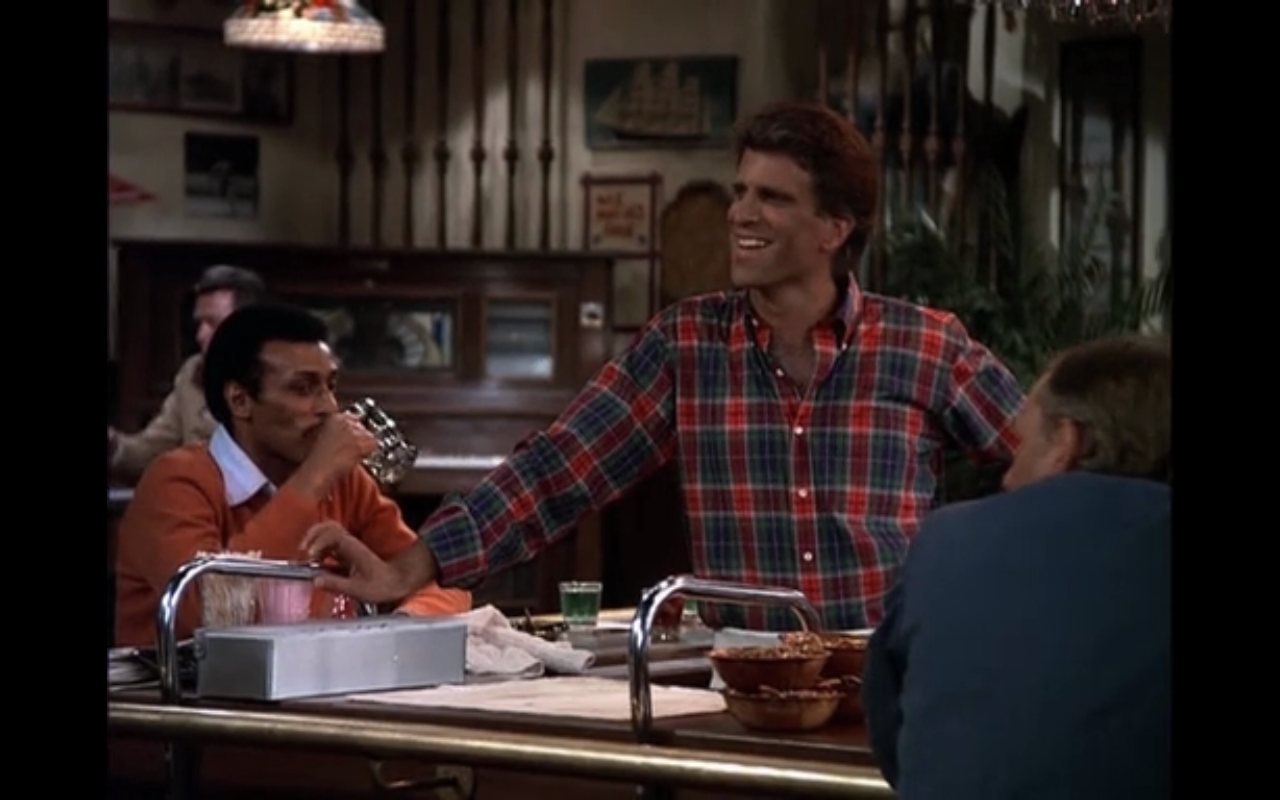 As someone who was raised in the late 80s and early 90s, primarily by a 20 inch Phillips Magnavox, sitcoms have always been a comfort food for me. The idealized worlds that they present: worlds where all an individual’s needs can be found under one roof, and no problem is so large that it can’t be solved over the span of three commercial breaks, are worlds often easier to face than our own. The memory of myself as a high school sophomore, rheumily falling asleep to a Three’s Company marathon on the evening of 9/11, comes to mind. To me the formulaic magic of a well-made sitcom is escapism in its most balming form, the ultimate fantasy for a kid who grew up lonely, a fantasy where everyone you know is always right at hand, just awaiting their cue to enter.

Which is why people kept telling me to watch Cheers. A few weeks ago, I finally gave it a shot, and — thus far — its fantastic, virtually perfect. The chemistry between Shelley Long and Ted Danson is incredible and the show itself has a genuine wit underlying its pleasantly hackneyed 80s-ness. Too, there’s something about the characters on Cheers that feels familiar to me: the ex-sports star whose addictions cost him his dreams, the brassy and unpleasant mother of jailbirds, the jokey barfly unhappily married to his high school sweetheart; they remind me of my family, though a much gentler version: people sardonically laughing at themselves, at their problems, and at each other, because it’s the only way to reconcile their everyday with the lives they had once planned on living.

My only real issue thus far is that no one in my family could ever actually be on Cheers, ever, ever, ever. Not in a speaking role anyway. And it’s not that there are no black people on Cheers, there are tons of black people on Cheers, actually, several in each episode. It’s just that none of them ever say anything. They’re all in the background, at the bar’s outer tables, staring at the principals like a herd of deer —  docile, yearning, alert — grazing on cocktail nuts and dollar beers, forever mute in their tweed blazers.

What the hell am I supposed to make of this? I keep waiting for the episode where Big Reg, Sam’s buddy from the majors, comes by to tempt Sam back into his old hard drinking ways, or where Norm’s long-unseen wife finally stops in for a visit and woah, isn’t that, yes she’s played by Telma Hopkins. At the very least, one of those smart, Billy Dee looking brothers could walk into the foreground and ask Diane if they carry any Colt 45. But that hasn’t happened yet, and if my Google results for “are there ever any black people on cheers?” are to be believed, it never will.

What I’m left with then is the brief flash of an afro over Sam’s shoulder, or a black couple, by the pool table, inaudibly chuckling over some lost one-liner. Who are these fragments? These background blacks? These vestiges of inclusion? Are they meant simply as bits of human Lorem Ipsum, peppered in to make the setting seem realistic, and if so, then why is their silent presence more realistic than actually having them speak? Or are they meant convey something about the shifting demographics of the local bar, the last bastion of white male power? “We can’t keep them out anymore, but at least they’re well-behaved.”

I’d like to switch off this part of my brain, to stop compulsively scanning the edges of the screen, and savor the action center stage. But it’s difficult, I feel guilty. How can I enjoy this idealized fantasy when I have a suspicion that part of what makes said fantasy idealized is that it depicts a world where people who look like me are pushed into the literal periphery of the screen? A world where we’re seen but not heard, obedient, a world where everybody knows your name, but we have to know our place. 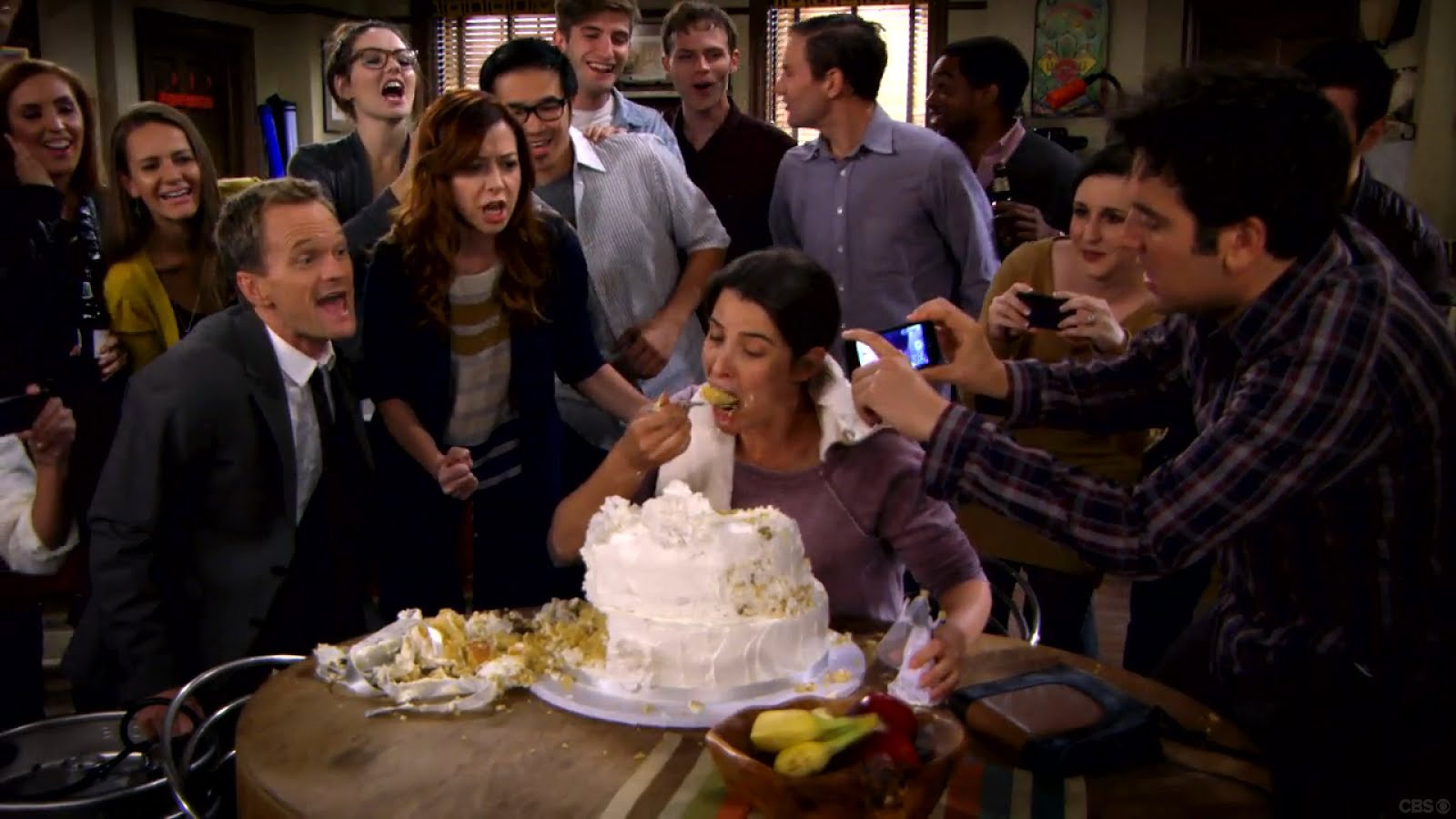 I don’t mean to be town crier for the integration of a show that’s been off the air longer than some legal-age adults have been alive, but something about this is important to me. When I spoke of my margin scanning, at bar nights last weekend, many of my friends said “well, that’s how it was back then” and that, to a certain extent, is true. But if that’s how it was back then, that’s also how it is today. When Cheers premiered in 1983, the reign of All In The Family, a white sitcom where race relations were a frequent topic, had just ended a few seasons prior, as had Sanford And Son and What’s Happening. The Jeffersons was still on the air though. Different Strokes was on, and Benson. Alfonso Riberio was on Silver Spoons and Kim Fields was on Facts of Life. The Cosby Show was just a year away, and that of course began the boom period for black sitcoms that many of us were fortunate enough to be raised on: A Different World, Fresh Prince, Family Matters, Martin, Living Single, Moesha etc. Now flash-forward to modern day and look at the list of sitcoms on the air. With the exception of Tyler Perry’s House of Paine you’re hard pressed to find a single show depicting the lighthearted tribulations of a black family, much less many black characters on the popular white sitcoms of our era.

We’ve lost ground there somewhere along the way. And a loss in representation, even in a realm as seemingly trivial as American sitcoms, is significant to any historically disenfranchised group once you consider how political and social changes in our country are often prefaced by shifts in popular culture. Take Karl Rove’s utterance from the night of Obama’s 2008 election, when he asserted (correctly, I would argue) that popular culture had long prepared our country for the idea of a black leader: “We’ve had an African-American first family for many years in different forms. When ‘The Cosby Show’ was on, that was America’s family. It wasn’t a black family. It was America’s family” or what GOP strategist Chuck Warren wrote in an email on the heels of the Republican’s electoral thrashing in 2012: “To be frank, we’re a Mad Men party in a Modern Family world.” Trite as it may seem, seeing these traditionally marginalized groups on TV each night, filtered through the earnest, prettified world of sitcom, helps to reframe those groups as both familiar and worthy. Familiar as in: Look, they too hate their in-laws; or see, honey, people of every nationality can misplace their rent check in the couch that they just donated to the charity auction; it’s not just us. And by worthy I, of course, mean we’re people with stories worth telling. People not so different from you.

It’s that idea of worthiness that draws me to the background blacks. I like thinking that they’re living an alternative narrative inside a familiar setting (ala “Rosencratz and Guildenstern Are Dead”). I like imagining that their lives hold as much easy humor and cliche as those of the principal characters. It’s not that they’re shut out of the narrative, it’s not that they’re without inner lives, or somehow inferior to the central characters, it’s merely that the focus is off. What if, all this time, the cameras were paying attention to the wrong thing?

This weekend I’m launching a new tumblr site in order to interrogate that question. The site is called Background Blacks, and in it I’ll be posting screencaps of black extras in the background of white TV shows. So far I’ve got some good ones from Cheers and Seinfeld, but hopefully over time it’ll grow to include a great many shows. I’m not entirely sure what I hope to gain from this or what my overall motive is besides curiosity and a way to assuage the guilt I feel from enjoying something that doesn’t seem like it’s supposed to be for me. But stop by, give it a look, and hopefully it’ll spur some good conversation. See you in the sitcoms.