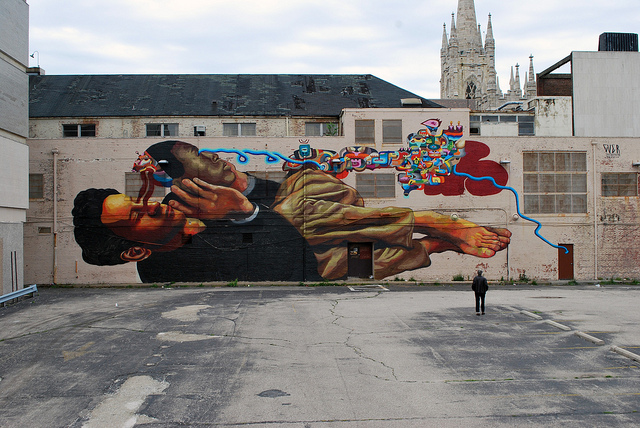 Presidential Elections in El Salvador: The Lion vs. The Dentist

Apogee Editorial Nonfiction Editor Cecca Ochoa has written an article about the upcoming Presidential Elections in El Salvador. She recently returned from El Salvador after participating as an International Observer for the first round of the elections. The essay is excerpted below.

Photo via CISPES International Observer Delegation, Round One of the Presidential Elections in El Salvador, Feb 2014

This Sunday, March 9th, El Salvador will elect its next president in a run-off election. The candidate for the leftist Farabundo Martí National Liberation Front (FMLN), Salvador Sánchez Cerén, has a strong lead over right wing candidate, Norman Quijano, from the Nationalist Republican Alliance (ARENA); polls show the FMLN with up to a 16-point margin (CID-Gallup, February 19). This moment is something of a dreamscape for those who set down their weapons just over 22 years ago when the 1992 Peace Accords were signed. When the guerrillas came down from the mountains and the military stopped hunting its citizens and the U.S. government stopped signing checks to fund the military, those on the left wondered if the moment for real political change had passed.

Sánchez Cerén is currently Vice President of the first ever FMLN government and served as the Minister of Education until he stepped down in 2012 to announce his candidacy. He was born to a carpenter and a market seller in Quetzaltepeque just outside the capital. He spent his early life as a schoolteacher in rural areas, and was a member of ANDES-21 de junio: a teachers union that played a critical leading role in El Salvador’s popular movement in the 1970s. During the war, he was an FMLN commanding general under the pseudonym Leonel González, the lion. Sánchez Cerén embodies many of the principles and goals of the Salvadoran resistance: an end to malignant poverty and social repression, economics that benefit all Salvadorans, and political representation that reflects the needs of the many.

Norman Quijano, ARENA’s candidate, is the current mayor of the capital city, San Salvador, and a former oral surgeon, which has earned him the sinister nickname “the dentist.” The National Republican Alliance (ARENA) emerged in the 1980’s, founded by Roberto D’Aubuisson, the School of the Americas-trained father of the death squads, who planned and ordered the assassination of Archbishop Oscar Romero in 1980.

The new president will take on a country mired in violence. El Salvador has one of the highest rates of femicide in the world. Formed in the streets of Los Angeles by refugees of the war and deported back to El Salvador, the Mara Salvatrucha and Barrio18 gangs contribute to a yearly homicide rate similar to the death rate at the height of the civil war. Not just physical violence plagues El Salvador, but economic violence as well. The disparity between the rich and the poor is the same as, if not greater, than it was before the civil war. In the words of Roger Blandino Nerio, former mayor of Mejicanos, in the outskirts of the capital, “The economy of El Salvador is a corpse,” despite and because of U.S., World Bank and IMF schemes to make the country a welcome mat for international investment.

The FMLN government plan that Sánchez Cerén and his running mate Óscar Ortiz propose was developed through a country- and diaspora-wide consultation. The National Dialog for the El Salvador We Want called for proposals through online submission forums, door to door visits, and thematic work groups that included labor unions, garment workers, LGBT and sex-worker organizations, climate justice activists, youth groups, and artists, among many others.

The significance of these elections is part of the historical struggle between the extreme right and revolutionary left in El Salvador. In 1932 Agustín Farabundo Martí led an indigenous uprising for land rights. Then-president, General Maximiliano Hernández Martínez, who took office through one of many military coups, met the rebellion with extreme force and nearly eradicated the indigenous population of the country—over 30,000 died in the course of a few weeks during La Matanza, or massacre.

During the 1970s, when the Salvadoran popular movement had once again emerged from the terrifying shadows of the 1932 massacre, priests teaching liberation theology were executed, protesting students were gunned down in broad daylight, and whole villages were disappeared into mass graves. Organized resistance groups, which unified as the FMLN in 1980, fought a guerrilla insurgency against the Salvadoran military. The United States funneled money to the military at a rate of a million dollars a day during the height of the Reagan Administration. After 12 years of official combat, the war ended with the Peace Accords in 1992. It was less than a draw: victory belonged to no one, but more than 70,000 had died. However, the Salvadoran military was reduced in size. Much of its military apparatus, including the Policía de Hacienda and the National Guard, which committed the worst atrocities, were dissolved, dramatically decreasing the state’s ability to unleash such a degree of violent repression on the population again.

Read the full article on NACLA.org

Interviews
On Bangkok, Climate Change, and the Architecture of a Novel