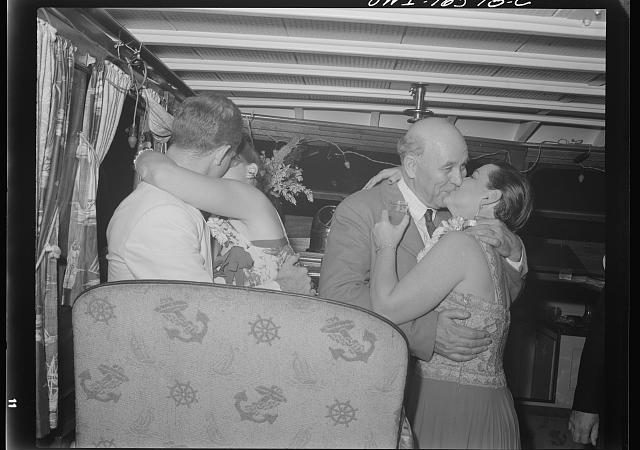 I arrived in Johannesburg, South Africa on December 2, 2013, after a nearly twenty-hour flight that left Philadelphia the previous morning. My family greeted me in the airport with a rainbow-colored sign made by my young cousins. Welcome home, Zinzi! it read cheerfully. There was a statement therein: as much as I was an American, born and raised, South Africa was my home also.

I hadn’t seen them since 2009, when my mother was still alive and these burgeoning teenagers were in a previous age category altogether. I imagine that, to them, I’m someone who exists mostly in stories relayed overseas from my parents to their parents and older cousins. “Zinzi graduated from Columbia”; “Zinzi has a new boyfriend.” It made their enthusiastic welcome even more special.

On my third day there, I was still reacquainting myself with my family and the country. My grandfather was in the hospital again. Citizens were up in arms about electronic toll collection that had been instituted on major highways around the city. Crime, my family said, was higher than ever. When driving, we stored our belongings on the floor or in the trunk so they wouldn’t be visible to robbers at red lights.

That third morning, I was still sleepy from jet lag, and I woke in the late morning. My aunt caught me in the hallway of her suburban home. She didn’t want to wake me with bad news. Nelson Mandela had died early in the morning, she told me, barely twenty minutes away, in a tony neighborhood very similar to the one we were in.

The day flashed by. We spent hours watching tribute specials on TV; in the evening, my adult cousins and I drank wine and ate Chinese food together and discussed the day’s events. They were nervous, as many South Africans are, that in the absence of its moral compass, the African National Congress (the left-leaning party that has been in dominance since Independence) will gain too much power and become further corrupt. (The much-televised boos at Mandela’s memorial service were for current President, Jacob Zuma, who at the time of my visit was under investigation for spending millions on frivolous upgrades to his private home.)

Mandela’s death was a shock to no one; he was 95, and had been in ailing health for years. At the time, there was speculation that he had been vegetative for months, but his family had kept him alive in order to buy more time to manipulate his will. His grandson was embroiled in an embarrassing lawsuit for illegally exhuming the bodies of Mandela’s children to build a tourist attraction out of their gravesites. A reality show featuring his granddaughters started airing in 2013. To me, this reflects little on Mandela himself, but is rather a testament to the ubiquity of family drama, and its conduciveness to reality TV plotlines.

My mother died a year before Mandela, at 55, from cancer. I had come to South Africa for the unveiling of her tombstone, a South African custom similar to a funeral that takes place one year after someone has died. She was born in Johannesburg, and lived there until she met my father in the 80s and moved to America, where I was born. She was highly opinionated and politically involved in the anti-Apartheid struggle. I spent most summers of my childhood with my family there, where most of them still live within a short distance of each other. I came there in December to be with her family—most of whom I hadn’t seen since before she was diagnosed—and for some sort of closure, if I was honest with myself. South Africa represented the other half of my mother, and my process of mourning felt incomplete not having seen them.

On April 27, 1994, South Africa held its first all-race elections, and I stood in line with my mom as she cast her first vote for Nelson Mandela. We were in Philadelphia, and elections for South African citizens were held at the Convention Center downtown. My parents got me out of school early and when I returned the next day, my classmates were excited to tell me they’d seen me on the evening news, smiling and waving on the Convention Center steps.

The Sunday after Mandela’s death, I visited the Mandela home in the upscale suburb of Houghton. This was the house where he died, where mourners gathered to pay respects and lay tributes. I was with my two cousins, Stacey and Terri, and Stacey’s boyfriend, Peter. Parking was scarce in the streets surrounding the home, and when we finally arrived out front, we saw the hundreds of flowers, candles and notes that had been left outside in remembrance. People took photos of themselves in front of the memorials, and reporters, stationed in dozens of tents set up on the street’s sidewalks, occasionally broke away to bug mourners for TV interviews.

As we were moved through the crowd, we came upon a circle of people in the middle of an intersection. We saw movement in the center of the circle, and heard them start to sing revolutionary songs from the anti-Apartheid era. Around us, onlookers raised cameras and phones above their heads to snap pictures from above the crowd. The songs were familiar to me; their rhythms hearkening back to that tumultuous, heady time before 1994. Hearing them made me nostalgic, immediately tearful, but also, momentarily joyful. I missed my mother.

The next Tuesday was Mandela’s public memorial service, held at the FNB Soccer Stadium built for the World Cup. No cars were allowed near the stadium; instead public transportation was made free to and from the venue. A new public bus and commuter train system, also built to support the World Cup, made getting around relatively easy. If it were the last time I visited, in 2009, transportation would have been an obstacle. Before 2010, public transport in Johannesburg mainly consisted of private buses and mini-buses called taxis—it was hugely decentralized, inconvenient and dangerous.

The 95,000-seat stadium was expected to fill to capacity, but the day of the memorial was dreary, wet and cold. I had been frantically texting family members since the previous night, hoping to scrounge up a travel partner. I got a ride to my grandfather’s house in Bosmont at 7am, because it was closer to the stadium than where I was staying at my aunt’s house in the northern suburbs. My one potential escort had turned up short, and I was thinking that I would miss it. Then Terri, on her way to work, suggested I go by myself. Her friends were already there, having left for the stadium at 5am, and could save me a seat.

I boarded one of the new buses in nearby Westbury. The bus was peaceful and nearly empty until we reached Soweto, where a swell of people gathered in the street and then crowded into the bus’s aisle. The energy on the bus was ecstatic but reserved. People talked excitedly to each other and offered seats to the elderly. As we neared the stadium, the woman sitting next to me shouted a note and the whole bus broke out in song. I recorded this video from my seat:

FNB stadium resembles an American football stadium; it is outdoors and mostly made of concrete. It offered no shelter from the brutal weather. It poured, barely relenting, the temperature biting at around fifty degrees fahrenheit—as cold as it gets for South African summer. Terri’s friends and I shared two umbrellas between the six or so of us. After awhile, they hardly mattered—we were soaked from head to toe.

I arrived around 8:30am, when the building was about one-fifth full and it filled slowly. Most of the mourners were black, with the occasional white person or tourist mixed in. Many wore ANC t-shirts or waved multicolored South African flags. Most wore rain boots and plastic bags that, like our gear, barely protected them from the rain. The crowds poured in steadily, many of them entered the stadium singing. We stayed until the end of Obama’s speech, when we, and hundreds of others left for the train station, succumbing to the rain.

The jubilance of the mourning I witnessed is most likely unfamiliar to Americans (the closest I have seen is in New Orleans, where funerals include parades). In America, mourning is most often subdued, tearful, out of what we would call a sense of respect. Death is rarely accompanied by, in this case, celebration. But what could be more respectful than celebrating the pride we feel for the deceased’s accomplishments, in a manner that feels authentic to us? All of the mourners except the very youngest–myself included–had seen this country and their lives changed completely, owing to the movement led by and embodied in this one man. In America, it’s hard to imagine change on such a drastic scale taking place in our lifetime.

Mandela had lived a long life, much past many of his contemporaries who died in the struggle or from natural causes. I knew that because I had it to weigh against that of my own mother, who herself outlived many of her friends. My family was still struggling to comprehend me getting off a plane and her not following shortly behind. And so I found myself mourning two people, very differently. One was distant and peaceful, while the other still stung of unfairness.

Through the sense of anxiety over the country’s direction, the discomfort with the current administration, I felt a clear sense of pride and joyfulness—for Mandela’s accomplishments, for the country’s triumphs over minority rule, and for the fact that, out of all the countries in the world, Mandela represented this one.