On “Pimping One’s Heritage,” or Things White Men Say to Feel Better about Themselves

by Sara Nović, writer, translator and  founding editor of Redeafined.

Having been at work on a novel about the civil wars in Yugoslavia for a few years now, I often find myself oscillating between worry and defiance in the matter of being pegged as an “ethnic writer.” Technically a Second World country in the Cold War era, the former Yugoslavia is just as soon considered the Third World by most Americans who don’t know the Second World was even a thing. And, as a region embroiled in very public ethnically-charged scandals during those wars (the birthplace of the term “ethnic cleansing”) it’s easy to see why Westerners might feel inclined to hone in on any cultural differences, to create a comfortable distance between themselves and the people who inspire my characters. Given the complexities intrinsic to the subject matter, questions of categorization have always roiled beneath the substrata of both my writing and my identity as a writer.

Then, the issue surfaced outright on my Twitter feed last month. The writer, whom I will neither call out nor give authorial credit here (we’ll call it even), had written the line disguised as a joke, one in a string about character stereotypes for a hypothetical writing MFA sitcom: “You have the gorgeous blonde with the seven figure fiction deal. The moody, brilliant poet she’s in love with. All the authors who ‘pimp’ their heritage but possibly regret it.”

I felt those telltale symptoms of anger—the quickening pulse, an acrid taste in my mouth. wrote a retort as good as 140 characters would allow, but he didn’t respond and it didn’t make me feel any better. Slowly I let myself spiral into seething mode, mulling and trying to get an intellectual hold on what was making me so mad.

At first, I was suspicious of my reaction. After all, it’s nothing new to come across an insensitive (or outright offensive) comment on the internet. And, given my own writing project, it could be that I was reading too much into things, mapping my own preoccupations onto someone else’s little quip. Then again, maybe not.

First, it seems important to discern who, exactly, the writer is referring to when he speaks of authors who pimp their heritage. The writer does not, it seems, consider himself a member of that category, so we can safely remove his demographic (straight white males who attend expensive private schools) from the pool. Similarly, the “gorgeous blonde” with the book deal is also exempt from this accusation, apparently having achieved publication on her own merits, or her blondeness. What’s left, of course, are Other people. Writers of color or from working-class backgrounds, women, (non-archetypically attractive ones, at least), LGBTQ writers, those with disabilities, and writers from Other places; in short, people with heritages and life experiences that deviate in some way from standard white American norms.

From there it’s easy to determine the author’s attitude toward these others with a little analytical close-reading work, a la a freshman composition course. First we notice the word choice, “pimp,” for which a cursory search delivers four definitions:

The idea of exploitation denoted by the term is, for me, the most disturbing. It suggests that the only reason one would want to write about his or her heritage is for money, to get ahead, to make use of some unfair advantage. To be in possession of a non-hegemonic heritage, it seems, is the equivalent of cheating.

The line goes on to assert that some writers eventually regret this decision, thus insinuating that writing about one’s experience as Other is a mistake, and should invoke compunction or shame. The line is blurry here, too—are we supposed to be ashamed of writing about our heritage, or of our heritages themselves, of violating with our existences the template for a good literary writer?

Most troubling is the fact that this is not a rogue tweet revelatory only of an individual’s biases, but rather a statement indicative of a larger series of systematized prejudices against writers who fall outside the bounds of the American or British literary canons. The sentiment is deep-seated in every university Literature department and bookstore across the country. The convenient organization of Other writers into special categories of “ethnic” or “world literature” is a visible reminder that these writers are separate, different and should be thought of as such.

The uses and limits of such a system continue to be parsed by its discontents in better and more thorough manners than I will do here, but the discussion in particular calls to mind Jamaica Kincaid, who questions the power intrinsic to the action of naming things, more specifically the complexities of (re)writing history in the face of colonialism, in her essay “In History”:

Who benefits most from pushing Other writers into distinctive categories, far away from those authors on the standard reading list? As the numbers show, the answer is again the ruling literary class: in 2012 888 men to 564 women were published by or reviewed in The New York Times Book Review; The Paris Review clocks in similarly with a ratio of 70 to 18, with rates in the biggest magazines across the country following similar trajectories.  Unsurprisingly, our tweet-writer, a white male educated at some of the country’s most exclusive institutions, is a member of this vastly dominant class in literature, and therefore partial to status quo, a paradigm wherein the human experience within “good literature” becomes synonymous with a hegemonic white perspective.

Is the efficient organization of a course catalog worth institutionalizing discrimination? Really, what is the difference between writers who make use of their own non-hegemonic identities as part of their art, and white men who utilize any aspect of their real lives as fodder for fiction?

Not only has the literary world come to make this a viable distinction, but has also decided that the former is somehow worse, something sleazy or manipulative. Ironic, then, that the literary world repeatedly rewards white guys pimping other people’s heritages (here’s looking at you, Memoirs of a Geisha). This discrepancy in particular makes the tendency to dismiss writers as “ethnic,” to accuse them of being gimmicky or over-reliant on their singular experience of the world, smack increasingly of jealousy at a minority’s success.

If one of literature’s jobs—to my mind its most vital—is to make a unique worldview accessible to a wide and varied audience, then society has sorely missed the mark in trying to compartmentalize its writers into tidy, well-defined packages. Unluckily for the gatekeepers of literary normativity, the unforeseeable outcome of marginalization is that we the peripheral people become practiced and skilled in making our worlds comprehensible to others. And that makes us good storytellers. Which helps us sell books. And we don’t even need a pimp. 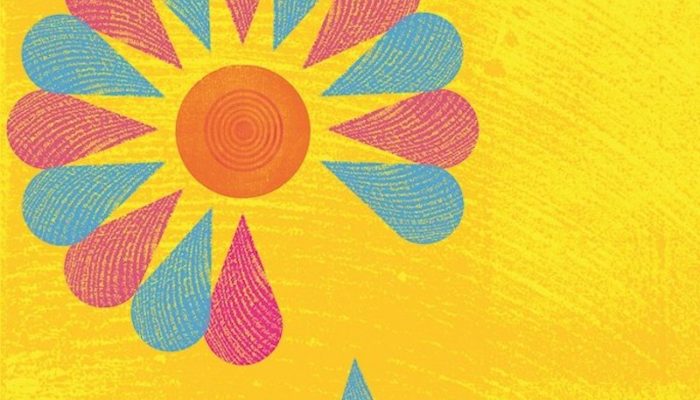