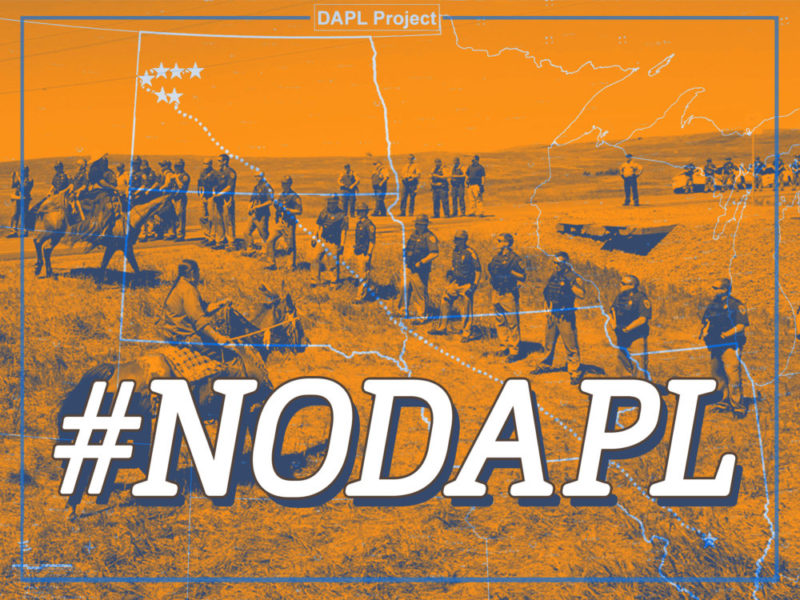 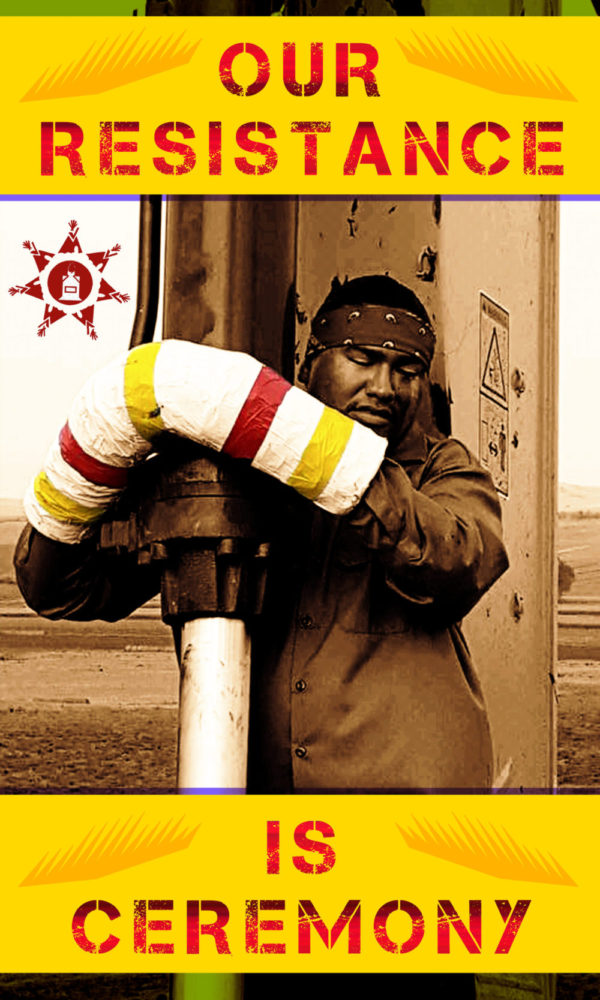 last year the gold king mine spill sent over 3,000,000 gallons of toxic wastewater down the
animas river in the four corners region of the united states
and you probably didn’t even hear about it

if approved, it is estimated that the dakota access oil pipeline would carry over 500,000 barrels
of crude oil everyday from the bakken fields in north dakota to illinois
crossing the missouri river
which carries with it the threat of pollution and endangering the environment of sacred ancestral
indigenous land

over one hundred million indigenous people killed
allow me help you imagine that number:
imagine every person who has ever owned a tina turner
or adele or britney spears or david bowie album: dead / annihilated
because of colonial dumbfuckery european curiosity

I should be at standing rock
with the thousands of other indigenous activists
with the other indigenous tribes standing in solidarity against a white snake with black blood
trying to fuck shit up like a science-fiction horror story
except this time the indigenous people aren’t stereotyped as cannibal savages threatening white
tourists looking for a little bit of culture looking for something to discover looking for something
new to eat consume colonize repeat eat consume colonize
repeat: colonial dumbfuckery european curiosity
the other nite
I walked to the nearby 7-11 and came across two Indigenous folks while standing in line
I noticed a sister with a streak of pink hair wearing beaded earrings
so I asked them what tribe they are from
which is something I rarely ever feel confident doing
but which is also something I’ve seen my parents do countless times
her friend answers
he’s a handsome Indigenous guy wearing blue jeans and a white button-up dress shirt

“Fort Berthold Indian Reservation in North Dakota. Northwest part of the state. What about
you?”

“No. Diné. Navajo. From the southwest, Navajo Nation.”

“But did you know there are also Navajos up in Canada, too? It’s crazy.”

“Yeah, well, we were all freely migrating up and down back in the day. Have you been out to
Standing Rock, yet?”

“No. My co-workers went this weekend and we’re in town for a wedding, but I haven’t been yet.”

“I really wanna go but I’m headed back to New Mexico for a few weeks.”

“You should go. I wanna go for the medicine and the songs.”

upon leaving he hands me his business card / says we should keep in touch
I rarely run into other Indigenous people in my neighborhood so I take this as an affirmation:

WATER IS MEDICINE
A CONTINUAL CEREMONY
IT BRINGS PEOPLE TOGETHER

and maybe that’s what terrifies them

now this site is a nude beach primarily populated by cis-male white queers
a couple months ago someone complained on facebook about the amount of heterosexuals who
were taking over the beach / the prime real estate / fallacious queer utopic destination: “Do you
remember when Rooster Rock was a gay beach?”
I chimed in “Remember when Rooster Rock was Indigenous Land?”
someone said “This comment should have ended the discussion.”
but you know how white progressives are
they keep going
and going
and going

sometimes when I’m walking down the trails out here at ol’ cock rock
I swear I see shadows or movements in the trees when no one is clearly around
I imagine it’s the indigenous and queer ancestors who are protecting this land
and they lean in close to whisper in my ear:
don’t you know that writing about queer sex isn’t revolutionary anymore?

and then I take a picture of the columbia river gorge looking out toward the direction of standing
rock and send it to him
as I leave the river I create a mantra for myself:

and with all this positive energy / ancestral memory / and sacred medicine 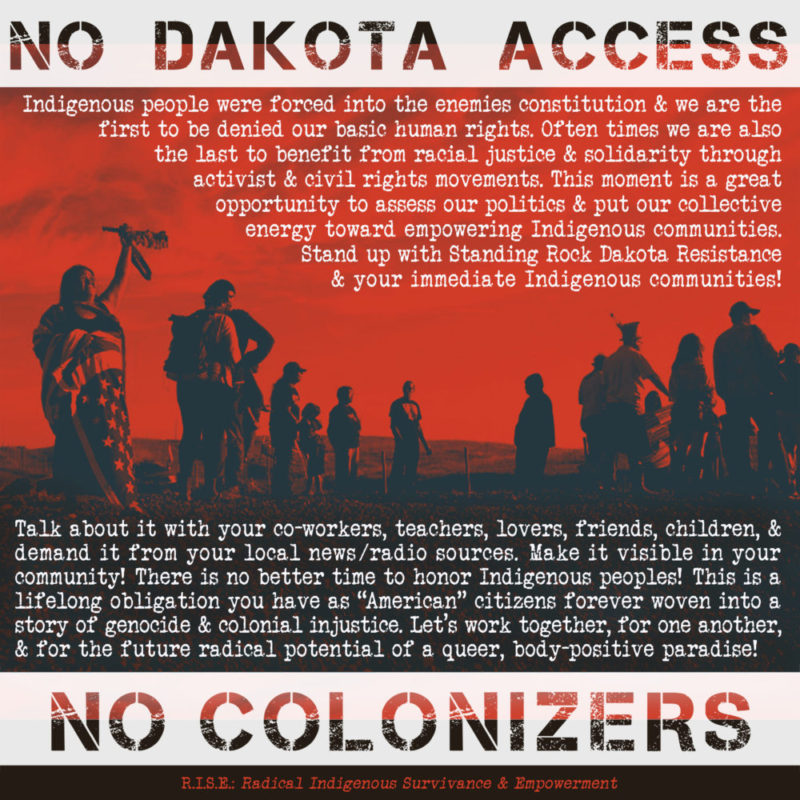 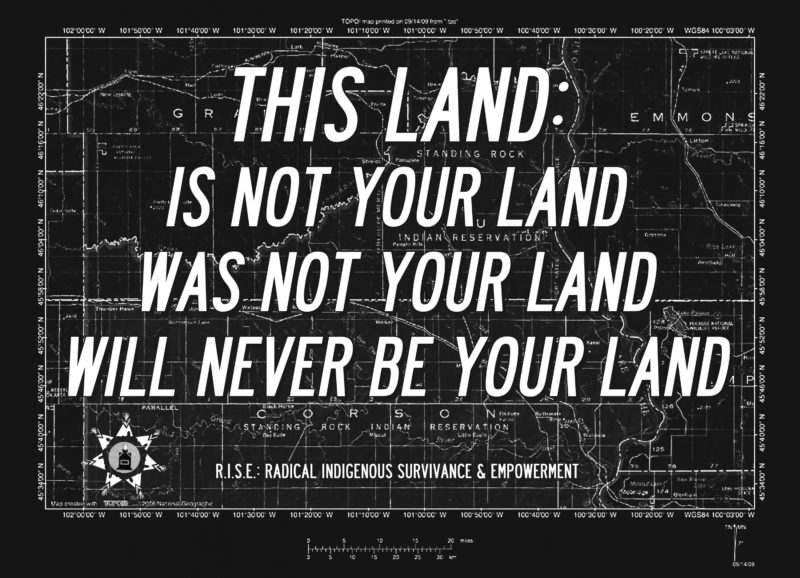