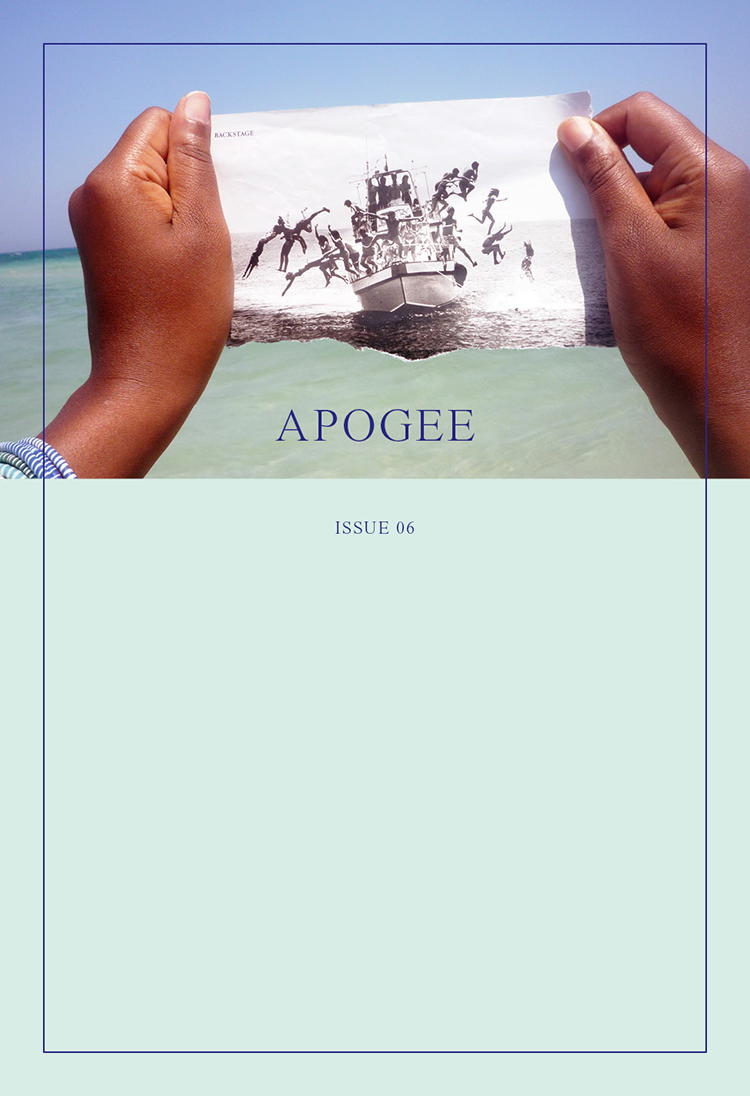 Issue 06 of Apogee offers many prisms of insight, each destabilizing and distorting the status quo. The essays take us through histories and across borders. We’re on the eve of a total solar eclipse in Zimbabwe in Chido Muchemwa’s “The Rotting of the Sun,” contemplating the lasting effects of Rhodesian colonial power on Zimbabwean identity. We journey to Tobago with Victoria Brown to negotiate the ambivalence of a Caribbean-American visiting home, torn between disdain for American race politics and Tobagonian sexual politics. The fiction in this issue, likewise, presents tensions between identities and contexts. In Kiik Aragi Kawaguchi’s poetic and atmospheric short story, “a wig,” we are fenced in with a couple in a Japanese internment camp, plotting escape. The poetry represents tensions and transmutations––formally, as in Walter Ancarrow’s “Fermented Fruit Poem,” a sound poem that riffs on the repetition of a single line while playing with sexual representation; thematically, in Michelle Lin’s “Portrait of the Mother as Mystique from X-Men;” and linguistically, in Soyini Forde’s “Soon mus come,” written in hybrid diction and Jennifer Tamayo’s “Guaravita, La Dorada,” whose voice is an android “trying to be closer to nature.”

Victoria Brown’s “Nice Girl and Small Man” and Jerald Walker’s “The Heritage Room” were selected as Notable Essays of 2015 by Best American Essays!

Argumentum ad infinitem by Chase Berggrun
Fermented Fruit Poem by Walter Ancarrow
Soon Mus Come by Soyini Ayanna Forde
Portrait of my Mother as Mystique from X-Men by Michelle Lin
Two poems by Nina Puro
Guatavita, La Dorada by Jennifer Tamayo
I still cannot dress attractively without feeling that I am endangering myself by Cathy Linh Che
North by the Taiwan Strait: One Nation, Two Systems by Karen An-Hwei Lee
River by Leila Quinn Ortiz
Torch Song by Derrick Austin
Wallpapers of Every Time I Touch My Phone by Tyler Kline