These poems began as an answer. Of the North American Free Trade Agreement, Mark Nowak asks, “Who writes against it (in its wake), its policies, its poetics?” The following are modest attempts to expose the rhetorical culture of free trade. NAFTA is a tricky thing: the document does not legislate nor inscribe authority; rather it assembles the structural frame-work that makes power possible. So difficult to clamp down, its effects permeate the violence of daily life—from Ayotzinapa to indentured farm work, from the Tea Party to the oil lobby.

These two erasures are culled from “Proparanoid,” the blog of H. Michael Sweeney, self–titled “Professional Paranoid.” H. Michael believes NAFTA is the catalyst for a New World Order, the ascendency of which is abetted by government mind control techniques. The catastrophic undermining of US sovereignty, according to H. Michael, will bankrupt the values of “American Citizenship,” which center around allegiance to George W. Bush’s anti–terror campaign. So, if this is the imaginary left in NAFTA’s wake, how can we make visible the real political conversations it occludes? 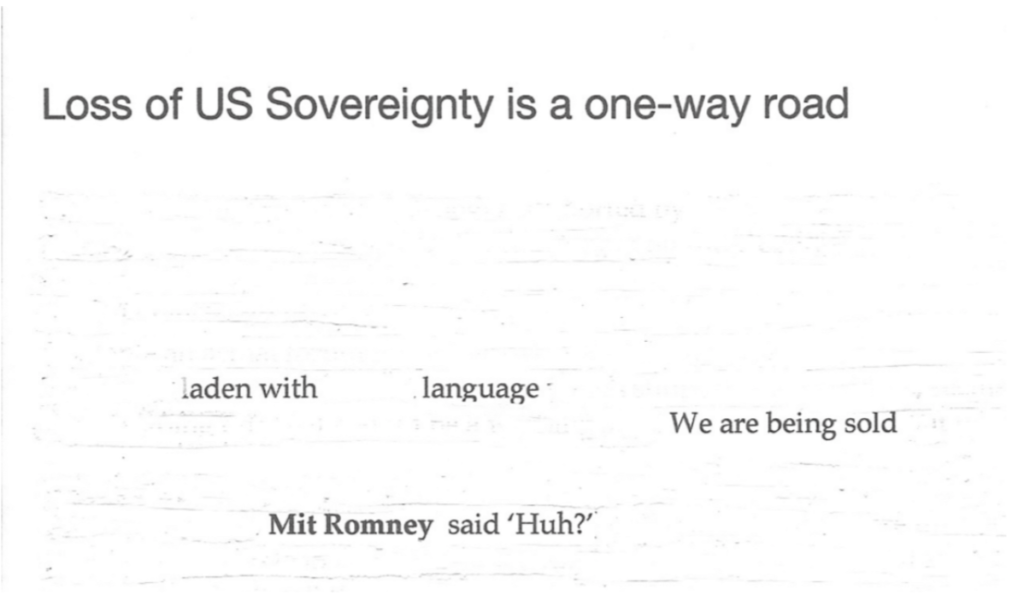 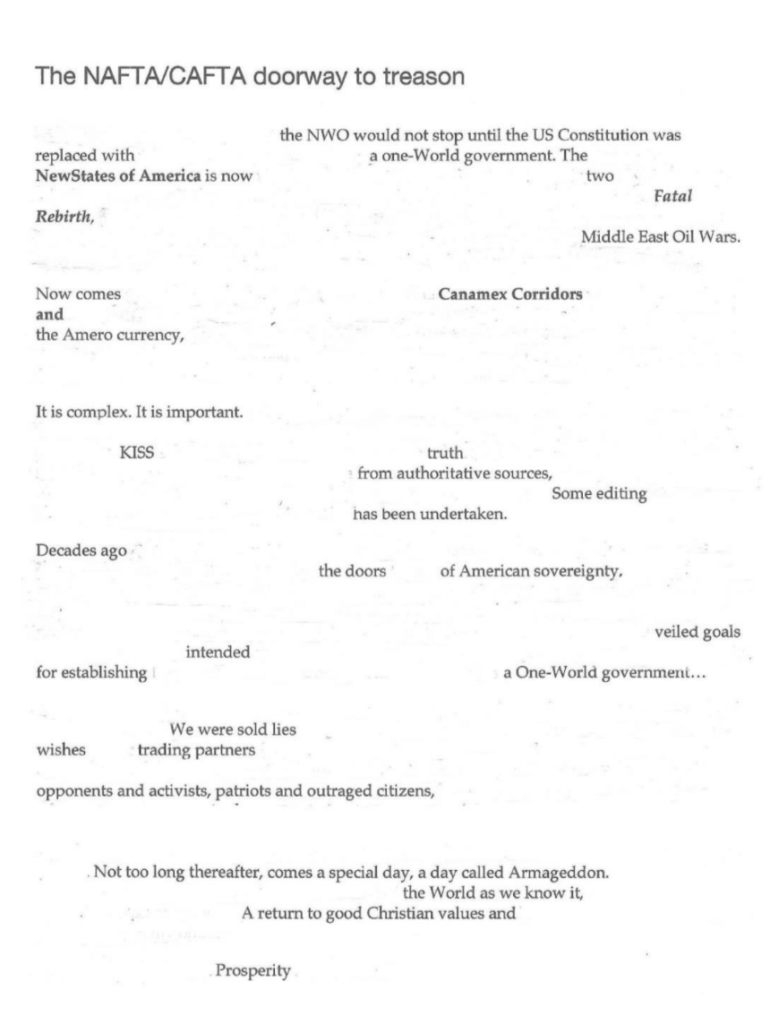