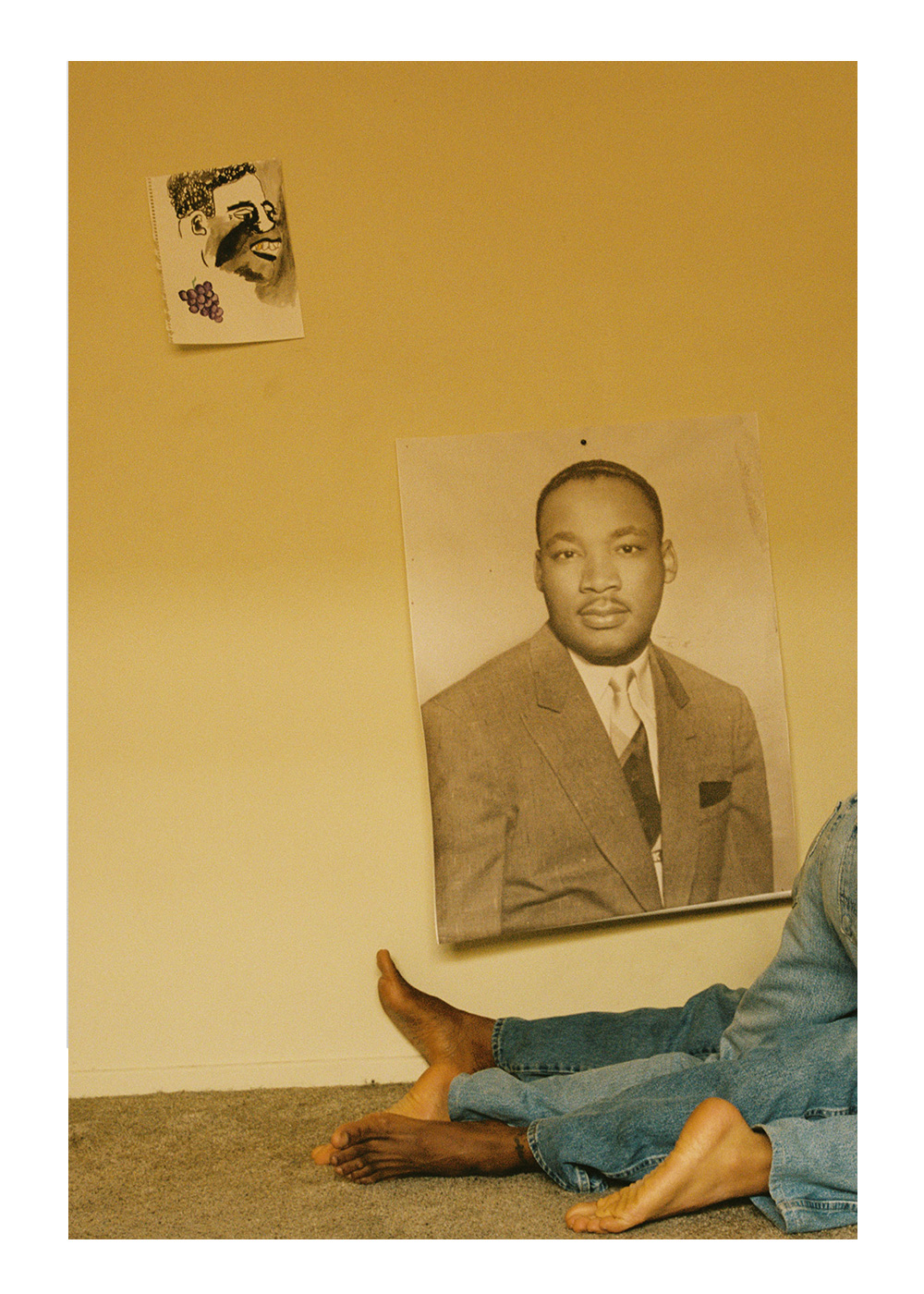 You can’t catch a taxi in Harlem and you wonder when you became a tourist in your hometown. The lime green car nearly runs you over to stop for the middle-aged white woman lingering in the crosswalk. She isn’t even hailing a cab. You sacrifice the surging Uber prices to avoid hanging your ass out of the passenger window of a Black Toyota Camry, like a Times Square hooker circa 1978.

“Where you goin’?” the driver asks over an NPR lecture transcribed straight from Charlie Brown’s classroom. His preferred radio station reflects his proximity to an American Dream that doesn’t include you.

“The Bronx,” you confess, miming the wide smile you watched your mother use to shatter glass ceilings and male egos.

“No Bronx!” he yells, before speeding off and missing the invitation to kiss your whole entire ass. The mere mention of your new neighborhood scares the shit out every man, woman, and child in the greater New York City area. And still you never stop reaching out into the chaos of rush hour traffic to gamble away your pride.

While discussing gentrification in your sociology seminar, you confide in your classmates that the day they built a Whole Foods in Harlem would be the day you would finally leave. Whole Foods means a whole paycheck. You resent the rapid erasure of black businesses and black people from the black Mecca of New York City, and yet your righteous indignation does nothing to alter the fact that Harlem is no longer yours. The doors to Whole Foods Harlem open on the corner of 125th Street and Lenox Avenue.  Suddenly, you are the last of a dying breed.

The patrons at the artisanal coffee shop up the street gasp as you bop through the tinted glass doors into a Norman Rockwell hipster replica. Your Missy Elliot-inspired shiny overcoat blinds them with all of its ghetto-fabulosity, and you can’t tell if the uncomfortable smiles staring back at you are in your honor or at your expense. The barista’s guttural giggles fade into the lull of imitation jazz blaring from her carefully curated Spotify playlist. You approach the cluttered counter with its overpriced pastries and silently endure her over-eager compliments on whatever you’ve managed to do with your hair that morning. You dote on your fragile crown because you know each kink and curl is a clapback to the Eastern European tourist on the subway who asked you if you were sure you were black because ​black women are ugly, except for Beyoncé. She’s the most beautiful woman in the world​. You resist logical fallacies that propose that you are anything less than magic by performing literal miracles with your hair. Your daily routine is a shuffled rotation of braids, buns, twists, locs, wigs, weaves, blowouts, and roller sets. Your hair is your shield. There is no time to explain this to the Lena Dunham doppelganger grinning behind the café bar, so you resolve that the self-indulgence of the six-dollar dirty chai latte you order is worth the money and the spectacle. You bend yourself into the token black girl and hope that you don’t break.

Then, when she serves the first college bro in Patagonia who arrived well after you ordered, you invent a fictional shortage of espresso, chai syrup, water, or common sense to explain away the error. When she serves a second customer and then a third, you start to take it personally. When did you become invisible in the only part of town you ever felt seen? The sign outside this tenement storefront reads ​Welcome,​ but the service screams what must have greeted your grandfather at every Texas lunch counter, train station, theatre, and hotel for most of his adult life: ​We do not serve Negroes.

Your existence is criminal. So much of your identity is confined by institutions that are inherently antagonistic to your being. Your life is one that is inevitably informed by how much of the world you are willing to carry on your back. You constantly negotiate which temporal privileges are worth the price of your soul. You sit in classrooms and corporate meetings where you are tolerated, but not welcome. Neither your fancy degree nor your gaudy job title can buy you a seat at the table. You are either ostracized or fetishized, a social pariah or a coveted pet. Your pursuit of the American Dream is an American nightmare.

You are four generations removed from slavery, three generations removed from Jim Crow, two generations removed from Civil Rights, and one generation away from burning in hell with the rest of the country. Death by fire is a forgiving punishment for the throng of America’s corporeal sins. Mother Earth will force her to atone for the 400 years of torture that anchor her identity as the richest and most unequal country on earth. James Baldwin said that he loved America more than any other place in this world, but you insist that you never really had a choice. You are American. Africa exists beyond the limits of your imagination. It is a steak-shaped blob on a continental map taped to the stubborn wall in your childhood bedroom. You’ll never dig a tunnel deep enough to uncover your roots and, even if you could, they’d feel unfamiliar to hands bloodied and blistered from building a country that won’t claim you. Harlem is your ancestral home. It is the only place where a little island girl and little southern boy could plant the seeds that begat the garden of black deities that anchor your family tree because it is the only place where being black is not a liability. Or, at least, it ​was​.

The Harlem you remember, the one you used to call home, exists only in bits and pieces of your memory. Auntie Nefertiti prepares foil-wrapped feasts for the cookout. Bamboo doorknockers replace her gold shroud, a crown of curls complements her mahogany frame. Every kid on the block is your cousin, by blood or proximity, and even though there is never enough, everybody eats. Double-dutch ropes wrapped in black fists whip through the air like lightning. You hear cheerful shrieks between the cracks and booms of store-bought fireworks and the ding-dongs of the Dominican ice cart. The sidewalk is a cement sand beach with an open fire hydrant promising sprinkles of freedom. You step into the manmade ocean and soak yourself in the sounds of summer. Well after the sun sets over Sugar Hill, the scent of burning concrete still stings your nostrils, and yet black joy reassures you that you are on solid ground. Home is more than a physical space; it is knowing that you don’t have to be anything other than black to be loved.