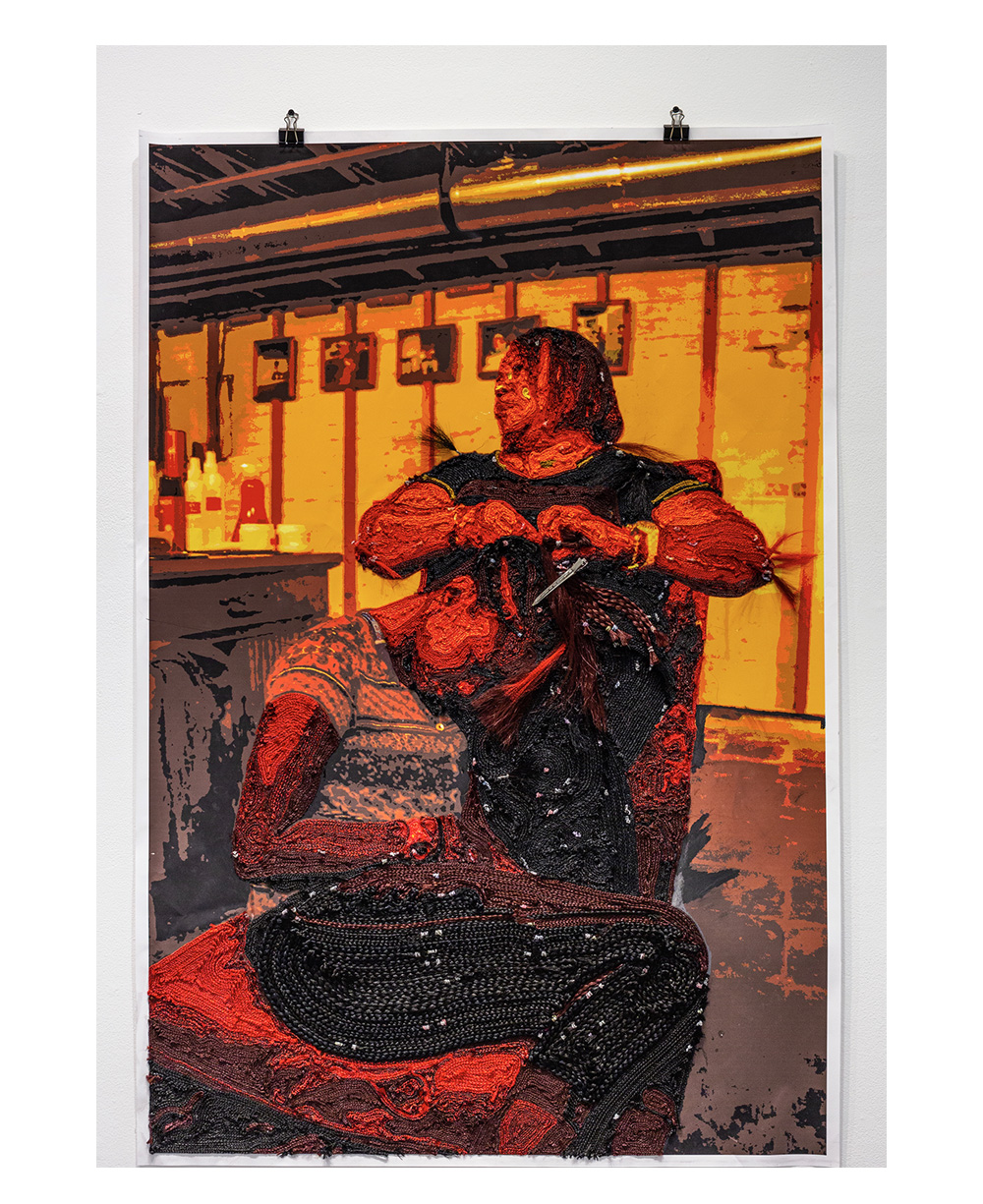 Save for the immature fire, it is dark outside, and our grandmother, who lives in the incomplete house, is worried about armed robbers. When we left our wives and retreated here, we expected Grandmother to open her arms, to gather us around a meal and recount stories from her youth, the days when wives could be shipped home with their watery soups in a bottle, a stamp of failure. But the old woman is in a mood today. She has left us outside to mask our hunger with chatter, to lean our stools against her ash-stained walls. As we tip forward and back, our minds land on her words. In her marriage of Ewe and English, Grandmother calls the thieves human robbers. Her pronunciation conjures an image of human rubbers, as in plastic made of humans, as in that time a group of schoolboys found a used condom in a pile of wet leaves and laughed about their “accidents” in the girls’ dormitory.

We are bent over, cackling like the boys we remember. Grandmother stumbles at the sharp sound and drops her cane. We scramble to help her up, but she shakes herself free. Her face is pale and pinched, like she has been forced to eat bitter fruit. A shadow of masked boys broke into her friend’s house, shattered a glass case, and flew away with a gold watch, the last memory the widow had of her husband. What, she says, is funny about that? We try to backtrack, justify our warped logic. We try to correct her wording, coax her to replace “human” with “armed.” No luck. She only shakes herself free, grabbing a twig to stoke the dying fire.

The dark thickens. A shadow of boys is standing over an old woman, breaking her heart with a crowbar. An orchestra gossips, an army croaks, a crescendo of confessions. A shadow is stealing underwear from the girls’ dormitory. A shadow is leaping over the fence, spreading bitter seeds. A shadow is hungry. The more we tell ourselves this version, the more we believe it. But the wind holds our laughter far longer than we intended, so we must apologize like the men we are proud to be. Up we go, sharpening our knives to dismember the duck, long ago defeathered; adding to the pot breast, heart, gizzard, then limb after limb. After all, a bird can run around headless but not without legs. Our hands remember what our mouths deny.

Grandmother is not convinced. She rises from the fire and limps to the incomplete house. We trail her shadow. In a single step, we are young again, chasing the uncatchable, quivering with potential. We promise to become doctors, to reset and repair her bones. Her shadow says she is too old, that it has been too long. We promise to become lawyers, to smite the culprit and uphold justice. Haven’t you heard, her shadow says, that liars are buried facedown? Besides, her shadow says, it was an ox, not a man, who stepped on her foot and bent her bones. We cannot try an ox, so we promise to raise our faces to the sun, to teach our sons how not to break. This time, we are greeted with silence. Not even the wind spares a word.

We know how badly we’ve behaved. Unfortunately, we only know this after the deed is done and the shadow has passed, so we will always be scrambling for pardon in our halfway tongue. We will always be running on, incomplete and insufficient, not entirely sure of our steps or their fruits. We kneel at the door, longing for Grandmother’s return, the only redemption we know. We wait, even when the wait feels as endless as our father’s second wedding, our mother’s final departure. We wait, even when our bones begin to groan their complaints like the children we’ve abandoned in the dark.

Finally, finally, Grandmother emerges from the mouth of the incomplete house, holding a large bag of chili powder in one hand, a kerosene lamp in the other. She lifts the light to our eyes and nods at our mud-crusted knees, and we think we have reached a clearing. We think we are safe. Then she grabs one of our stools, perches in front of the fire, and pours the entire bag of red powder into the boiling pot. Now we are coughing, screaming for her to stop, as she laughs and laughs. The wind catches the sound and hurls it back in echoes. We are slow to learn, but laughter is a language we know well. This one says we are a long way from the clearing. We have to eat what we have made.