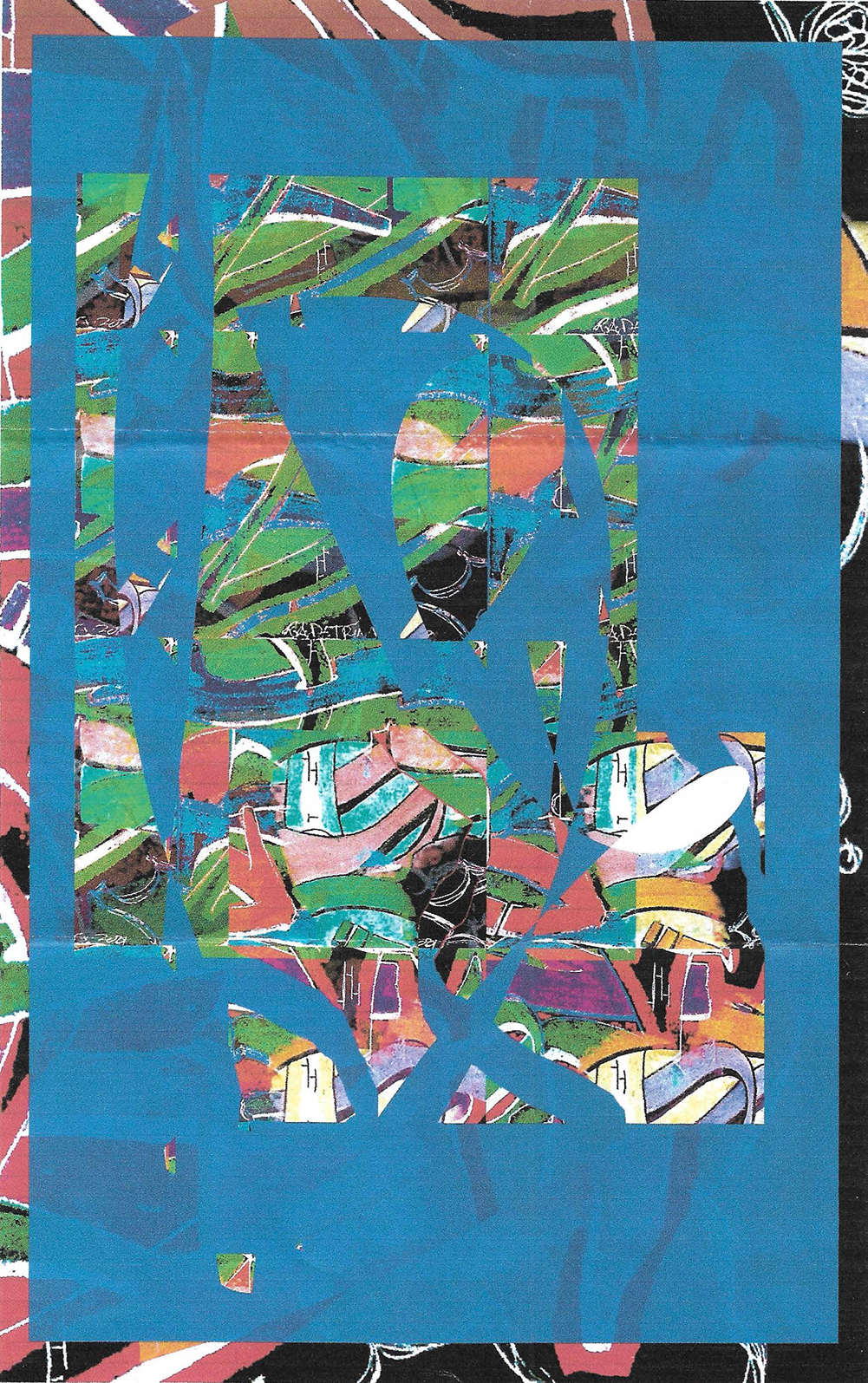 I work in the Education Department here at San Quentin as a tutor for people who are working to attain their GEDs. Three days a week, there are students who come from UC Berkeley to help tutor in the classroom I work in. They are mostly young, 18 to early 20-something, men and women of color, liberal arts majors. From the conversations that I’ve had with many of them, they are driven by a desire for social justice and equity, especially in the area of education.

Patrice is a young Black woman who is an aspiring writer. Her youthful optimism and energy is inspiring and refreshing. Last week at work, I was talking with her about one of my writing projects, listening intently to her feedback and critiques. The banter was very casual and friendly, the type enjoyed between colleagues or peers.

“The students at Berkeley don’t even understand the things that you are writing about and discussing here, and that’s a problem,” she said.

We were in the midst of discussing the complexities of identity and its potential in redefining social activism when my “correctional supervisor” came into the room, his body tense and bristling.

He said in a loud voice, “Don’t be telling these guys your first name. It’s just not a good idea.” Of note, this supervisor is neither a correctional officer nor prison administrator, but rather a GED teacher employed by the education department here at the prison. He, like many of the employees here, wields his power in ways that seem to signal a lack of power in other areas of his life.

To clarify, the “guys” he was talking about were people like me, incarcerated and wearing prison blue; his statement directed at the two young women from UC Berkeley that were in the room. I was suddenly aware of a familiar sinking feeling about safety, and prison, and my place as a prisoner. Was the implication here that to know each other on a first name basis blurs the lines between inmate and civilian, educated and uneducated, human and inhuman? It seemed a strangely indirect threat—him performing his masculinity in an aggressive way, while simultaneously alluding to the potential danger in my masculinity. I remember the students’ reaction, a robust silence and shameful acquiescence that came from being forcefully reprimanded by an authority figure—was it his tone, his age, that he was a man, or was it that his directive, which felt like violence, suddenly brought us all back to the reality of prison? I couldn’t tell. Something about casual human interaction seemed to threaten the legitimacy of the established power structures in that room and his position within them.

Situations like this have become all too familiar to me, as I live in an environment where I am constantly at the receiving end of aggression—both passive and direct—mostly from people who work in these places. Prison is a space where, because boundaries and relationships are so clearly defined, and resources so scarce, and because the threat of violence is ever-present, the spectre of power is clear in every movement, every interaction, every breath.

Ironically, I’ve heard numerous times from volunteers who come into these incarcerated spaces that they’ve “found themselves” in prison, that they’ve never felt so seen or heard, or felt so safe. Many of the volunteers are women and I’ve been asked many times, “why can’t men on the outside be like the men in here?” The answer to this question has much to do with power, roles within the existing power structure, and how those roles are enforced.

I think it’s important to acknowledge my own role in participating in a world where women feel unsafe and objectified, and are subject to violence and harm. Additionally, the women in my life have made clear to me that safety from gendered or sexual violence is an urgent and ever-present concern for them, and that experiencing men who are non-threatening and who listen to them can feel like a revelatory and rare experience. In that context, I can imagine why it would be enticing to come into a world where people all of a sudden hang on your every word, laugh intensely at your every joke, and are meticulously attentive to your personal boundaries.

I can remember a particular instance where I was at an event put on by the prison that was attended by both outside volunteers and incarcerated persons. I was standing at the entrance greeting people as they came in and at the same time engaged in a conversation with two women, one of whom was a college professor here in the prison college program and who I respect greatly for her political and social insight. As people started to trickle in, I commented to both of them that none of my fellow incarcerated peers, who were entering the space and walking past us, even acknowledged my existence, so eager were they to say hello to the two women. The professor chuckled and turned to the other woman and said, “Isn’t it nice to be seen? We’re so invisible on the outside.” As they laughed in solidarity with one another, I couldn’t help but feel injured by the irony of it all and wondered if they could recognize how invisible I felt in that moment. I came into an immediate and focused awareness about how power was operating in that room–in a place where I was forced to wear a uniform, and called an inmate, and heavily policed in my interactions and expressions, these women were feeling seen in the full spectrum of their humanity.

Additionally, I’ve heard in classrooms, self-development groups, and passing conversations, stories from women about experiences ranging from domestic violence to workplace bias to mansplaining. These experiences obviously reflect the serious sexist/patriarchal norms that persist in our society, but also makes me reflect on the viability of San Quentin as an oasis or sanctuary from those systems of oppression. I’ve heard people joke that San Quentin is the safest place in the Bay Area for affluent white women. But in every joke there is some truth. San Quentin is a place where they don’t have to face our blackness or our masculinity or the ugliness of economic inequality in ways that they may out in society, because of the way that all expression and interaction is policed here. Entering this place as a savior absolves one of the guilt and fear that one may have on the outside. You are here to help, and that’s why it’s “safe.”

However, the issue is how these “safe” conditions are created for some at the expense of others and why this seems to be a paradigm that we are always working within. For example, why do some of us have to live in a world of police and prisons and surveillance, while others live in the normative safety of whiteness, of maleness, or of hetero-ness? The safety and visibility outside people experience here is at all times established by the gun towers circumscribing the grounds of this institution, the presence of guards, of handcuffs, of batons, and the merciless shadow of the parole board. These mechanisms, to most volunteers, are not always visible, because of the nature of San Quentin’s “rehabilitative” atmosphere, but they are ever-present and always at work. They are also created by the way in which prison deprives the incarcerated person of truly human interaction—where people meet as equals and are free to share ideas, experiences, and connection. People who are incarcerated hunger for that type of interaction, the type that validates one’s humanity, one’s value to the world. The problem being that within the incarcerated space, the incarcerated person will always inhabit the space below. Even the most honest efforts tend to replicate the dominant/subordinate dialectic.

Reflecting on this makes me think about the ways in which I have, in certain places and times, inhabited the space above—because I was a man, because I had lighter skin, because I was skilled or educated or had money. I made decisions and behaved in ways to maintain power in those instances, like ignoring or harming less powerful people. Those who are in dominant positions are not taught to recognize power’s embedded permutations, and thus, I was led to believe that what I was doing was good and healthy, and certainly in accordance with the norms and rules that I had been taught. I believed that power was derived from some quality which was innate to me, and not just situational, or arbitrarily awarded privilege. The fact that I was a man was natural, and the behavior that flowed from that was natural as well. Those natural rights, I thought, afforded me the privilege of seeing women as interchangeable sexual objects fashioned for my gaze and, at times, treating them as such; not seeing them as inherently equal or deserving of equal treatment, equal attention or equal safety. But I was lacking the awareness in those moments that roles within power are transposable; just as I was in the dominant position in one space, a slight shift rendered me The Slave. Looking back, I can’t help but think that regardless of which position I had occupied in those situations, it is clear now that my humanity was distorted by power, and that the true person that I am exists somewhere outside of these structures.

I think it is important to note that my experience here in prison has included moments, glimpses, of how people can relate within equality—where I have collaborated and shared with people, both outside and inside, in trying to redefine the old modes of dominant/subordinate relations. Whether it was through the Arts or through sharing our stories of trauma and healing, these experiences, although fleeting, have given me hope that we can learn to live and communicate outside of our current patterns and definitions of power, recognizing our positionality within existing structures and co-creating safety together without hierarchies of human worth, to be neither colonist nor military chief.

Since the incident with my supervisor, I have seen the student from UC Berkeley once. Upon seeing me, she called out, addressing me by my first name, “Adamu!”; and then as if the brutal realization of where she was suddenly set in, she lowered her voice and said, “hi.” I explained to her that I planned on writing about our experience in the classroom, in lieu of a conversation that seemed to suddenly be impossible and fraught with anxiety and wariness. She replied, “I can’t wait to read it. I’m going to write something too.” With that we parted ways, with the knowledge that I’d most likely never be allowed to read what she would write. Outside, a light rain began to fall.

“This piece is literally a collaboration between Inside and Out. First, I created a piece of graff art and sent it to a friend outside. My friend, Sacha Cruse, then took that and used it as source material for the final piece you see here.”